Never-ending ORM and what CMS should do about it

The past year has seen tremendous change in Medicare Secondary Payer (MSP) compliance. The Centers for Medicare and Medicaid Services (CMS) introduced rolling recovery to both workers' compensation and no-fault insurance. This allows Medicare’s contractor to recover conditional payments whenever an insurer or self-insured reports that it has ongoing responsibility for medicals (ORM). This concept—rolling recovery in ORM situations—allows CMS to pursue recovery whenever a primary payment is made.

But in the rush to ensure its contractor had a right of recovery, CMS missed a huge opportunity to rewrite the ORM rules in a way that helps both the industry and CMS. ORM is to be reported (and claimants are to be queried) as long as a responsible reporting entity (RRE) “assumes responsibility” to pay for a claimant’s medical treatment. In workers' compensation, an RRE must report ORM whenever $750 in medical bills is paid on behalf of a Medicare beneficiary. That’s different from no-fault, where ORM must be reported regardless of the amount of medical paid. 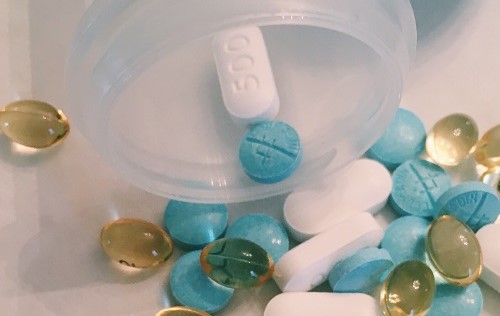 While Medicare is open-minded about an RRE’s responsibility to report ORM, its policy on an RRE terminating ORM is absolute. An RRE can terminate ORM (and cease querying a claimant’s Medicare status) only when it no longer “assumes responsibility.” This can occur (among other ways) through a claim denial, a note from a doctor, a settlement, or by reaching a no-fault policy limit. It’s important to note that Medicare policy actually prevents an RRE from terminating ORM due to an administrative closure. This creates a series of unintended consequences that come to a head in rolling recovery.

Insurers close claims for many reasons, and there are no universal rules for doing so. Even when a claim resolves quickly or a claimant stops treatment, Medicare’s ORM termination rules may not be met. When that happens, an RRE is obligated to continue to query and eventually report the claim whenever a Medicare beneficiary is identified. Thousands of claims such as this are reported every year—think Michigan with its unlimited no-fault.

This is where the idea of rolling recovery comes in. The CMS contractor is incapable of determining whether a claim is closed. So if a claim has been reported with ORM and if Medicare has made payments that its contractor thinks are related, it’s possible—even likely—that a conditional payment notice will issue. This is a complete waste of contractor resources. For RREs, conditional payment notices on closed claims should be closely examined and vigorously contested.

But this problem is entirely fixable. CMS should update its ORM termination criteria to allow RREs to terminate ORM on closed claims. CMS can impose limits on this to ensure that the change won’t be abused; an insurer shouldn’t be able simply to close a claim to terminate ORM. However, CMS should strongly consider bringing reasonable limits to the current policy. A good place to start would be to create a new rule: If a claim has been closed for two years and no payments have been made or requested, then the RRE can terminate ORM. If payments are made later, the RRE could reserve the right to reopen ORM. If the problems with ORM are not corrected soon, CMS will quickly find it’s collecting a tremendous amount of data on long-dead claims.

Sid Wong is assistant vice president of policy at ISO Claims Partners, a Verisk business. You can contact Sid at swong@verisk.com.