Connecticut is the latest jurisdiction to address whether Medicare Advantage Plans (MAPs) have private cause of action (PCA) rights to pursue “double damages” under the Medicare Secondary Payer (MSP) statute. [1] In Aetna v. Guerrera, 2018 WL 132066 (D. Conn. March 13, 2018), the United States District Court ruled that the MSP’s PCA provision applies to MAPs, thereby allowing them to sue primary payers (but not beneficiaries or their lawyers) for double damages if their lien interests are not properly addressed.

In this liability case, Nellina Guerrera (Ms. Guerrera) was allegedly injured at a Connecticut Big Y Supermarket. Through counsel, Ms. Guerrera filed a claim against Big Y. The parties eventually reached a $30,000 settlement. 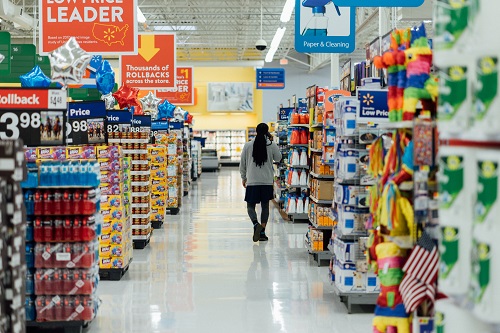 Ms. Guerrera was an Aetna MAP enrollee and Aetna allegedly paid about $9,800 for accident related medical treatment. Aetna reportedly placed all parties on notice of its lien and attempted to recover its claimed lien from “one or more” of the parties starting one year before the parties ultimately reached their settlement. At one point, Big Y reportedly agreed not to send the full settlement amount to Ms. Guerrera, the law firm she retained, or the individual lawyers who were handling her case. Nevertheless, for reasons unknown, the full $30,000 settlement payment ended up being sent to Ms. Guerrera, and her lawyers.

Aetna then filed a PCA claim under the MSP seeking double damages against Ms. Guerrera, the law firm, and her individual attorneys (collectively the “Defendants”) for their alleged failure to reimburse its lien. Defendants moved to dismiss Aetna’s claim for lack of subject matter jurisdiction and failure to state a claim under applicable rules of federal civil procedure.

The court rejected Defendants’ jurisdictional challenges, finding that Aetna adequately alleged federal claims giving it proper subject matter question jurisdiction to hear this case. The court ruled that Aetna had alleged a viable PCA claim under the MSP against Big Y as a primary payer allowing its action to proceed.

A key issue the court had to address was whether the MSP’s PCA statute applies to MAPs. Ultimately, the court concluded that this statute unambiguously applied to MAPs. The court further noted that it would have reached the same conclusion even if the statute was considered ambiguous based upon, and affording legal deference to, “the CMS regulations interpreting the MSP” regarding MAP recovery rights.

In finding that the MSP’s PCA applies to MAPs, the court agreed with recent rulings out of the United States Circuit Courts of Appeals in the cases In re Avandia, 685 F.3d 353 (3rd Cir. 2012) and Humana v. Western Heritage Insurance Company, 832 F.3d 1229 (11th Cir. 2016), stating that it “finds the reasoning of the Third and Eleventh Circuits persuasive, and concludes that Aetna, as a [MAP], may sue under the Private Cause of Action provision.”

As part of its analysis, the court also assessed whether Aetna had alleged sufficient facts that Big Y failed to provide “appropriate reimbursement” under the terms of the PCA statute. In addressing this element, the court noted that in its Complaint Aetna alleged that Big Y was notified of Aetna’s lien, but nevertheless paid Ms. Guerrera and/or her attorneys “the full amount of the Settlement Proceeds.”

Given these facts, the court acknowledged that Big Y’s payment arguably meant that it did not “fail[ ] to provide for primary payment” in the context of the PCA statute. However, importantly, the court observed that Big Y, notwithstanding this payment, did not satisfy its obligation under the PCA statute “because this provision also includes the clause “or appropriate reimbursement” …. [t]he word ‘appropriate’ signals that primary plans may not satisfy their obligations under the MSP simply by paying a settlement to a beneficiary, where they are on notice that a secondary payer has already paid the beneficiary’s medical expenses.” (court’s emphasis). Accordingly, the court noted that if the alleged facts are ultimately proven true, they would “constitute a failure [on Big Y’s behalf] to appropriately reimburse Aetna in violation of the MSP.” This will be an important aspect to watch as this case now proceeds.

While the court found that Aetna hada viable PCA action against Big Y, the court dismissed Aetna’s claim against Ms. Guerrera, the law firm, and the individual lawyers, finding that the MSP’s PCA provision applied only against primary payers, and that these parties were not primary payers under the MSP.[2] In reaching this conclusion, the court rejected recent rulings from other jurisdictions holding that the PCA statute can also apply against plaintiffs (Collins v. Wellcare Healthcare Plans, Inc., 73 F.Supp.3d 653 (E.D. La. 2014)) and plaintiff law firms (Humana Ins. Co. v. Paris Blank LLP, 187 F.Supp. 3d 676 (E.D. Va. 2016)).

It is unknown whether Big Y or Aetna will appeal any aspect of the court’s ruling to the United States Second Circuit Court of Appeals (the 2nd Circuit covers Connecticut, New York and Vermont). An appeal to the Second Circuit would set the stage for another circuit court to weigh in on the applicability of the MSP’s PCA section to MAPs. As noted above, so far the 3rd Circuit (Delaware, New Jersey, Pennsylvania and the U.S. Virgin Islands) and 11th Circuit (Alabama, Georgia and Florida) have ruled that this section applies to MAPs. Likewise, there are a growing number of District Courts, with Connecticut now joining this list, finding that MAPs enjoy PCA rights under the MSP.[3]

From a claims perspective, this new decision should place Connecticut claims payers on heightened alert to ensure that MAP lien claims are being properly addressed to avoid potential PCA double damages actions. More globally, as MAPs continue to intensify their quest to establish PCA double damages rights, MAP recovery claims should be of concern and considered by claims payers and other parties regardless of jurisdiction. A key consideration here involves developing specific protocols regarding how MAP lien issues will be identified and addressed as part of claims and settlement practices.

ISO Claims Partners has been an industry leader in protocol development in all areas of MSP compliance, and we look forward to helping you build MAP best practices. Please contact the author if you are interested in learning more.

[1] The MSP’s private cause of action section, codified at 42 U.S.C. 1395y(b)(3)(A), states as follows: “There is established a private cause of action for damages (which shall be in an amount double the amount otherwise provided) in the case of a primary plan which fails to provide for primary payment (or appropriate reimbursement) in accordance with paragraphs (1) and (2)(A).”

[2] The court, rejecting Big Y’s argument to the contrary, concluded that Big Y was a primary payer as defined under the MSP and based on the facts of this case.