Created in 1965 to provide health care coverage to low-income individuals, Medicaid is now a massive program that provides insurance to one out of five Americans, including adults, children, pregnant women, the elderly, and people living with disabilities. The Centers for Medicare and Medicaid Services (CMS) oversees the program at the federal level, and state agencies construct and administer specific program components. Medicaid is jointly funded by the federal and state governments; and each of the fifty states, the District of Columbia, and five U.S. territories have opted in and adopted a version of their own Medicaid program.

Within broad federal requirements, states and territories have significant flexibility in program design and administration, resulting in 56 unique Medicaid programs. Unsurprisingly, this leads to a disconcerted patchwork of various state laws and regulations—which poses barriers to coordinating benefits when multiple payers exist for an individual. 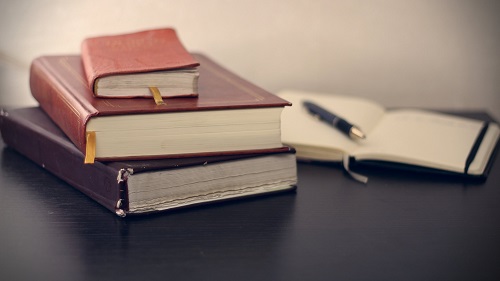 Although Medicaid is statutorily a payer of last resort, limitations in information sharing often lead to mistaken payments. State Medicaid agencies are charged with designing and administering their own collection recovery processes, resulting in different approaches with varying levels of success across state lines.

Each state has its own set of rules and regulations regarding Medicaid eligibility, coverage options, covered services, and payment mechanisms. The resulting diversity of the program and its large size make it vulnerable to improper payments.

And those payment mistakes can be costly. Medicaid administered health care coverage for 75 million people in fiscal year 2018, at an estimated cost of $629 billion[i]. Medicaid spending growth is anticipated to average 6.0 percent annually between 2020 through 2027.[ii] Estimated improper payments—including payments made for people not eligible for Medicaid or for services not actually provided—were 9.8 percent of Medicaid spending, or ($36.2 billion), in fiscal year 2018.[iii]

While the federal government provides more than half of the Medicaid budget, states are seeing their portion of costs rise. It could be argued that states with higher annual Medicaid costs have a more pressing interest in recouping erroneously made payments.

The Affordable Care Act (ACA) expanded Medicaid eligibility in 2010 to non-elderly adults earning less than 138 percent of the federal poverty level. In 2012, the Supreme Court ruled[iv] that the expansion provisions were optional; therefore, as of May 2019, 37 states have opted to expand their Medicaid eligibility requirements.[v] In addition, states vary on who will qualify; for example, California recently took an unprecedented step by extending Medicaid eligibility to young adults ages 19-25 who are unauthorized immigrants. The Governor signed this provision, as part of the 2020 budget, into law June 27, 2019.

While the pros and cons of expanding Medicaid are being debated, some states are moving forward with the concept on their own. Thus far, Washington State has signaled the largest appetite for government-sponsored healthcare. The state’s legislature signed a bill into law[vi] that allows the agency that runs Medicaid to contract directly with at least one private health insurer to offer a “qualified health coverage” plan that meets Affordable Care Act standards. The program will expand subsidies to people making less than 500 percent of the federal poverty line. Colorado signed a similarly themed bill in May[vii] directing the Department of Health Care Policy and other regulatory agencies to submit a proposal for a state option for universal health care coverage and other states have adopted measures to study Medicaid expansion and buy-in options as healthcare costs continue to rise. As states continue to mold their programs to their unique social circumstances, further complexities will continue to beleaguer the Medicaid program as states continue to mold their programs to their unique social circumstances. Aggressive movement towards increased Medicaid benefits and eligibility puts pressure on federal and state regulators to create initiatives to curb fraud and alleviate improper payments.

Although Medicaid is meant to be the payer of last resort, ensuring programmatic adherence across state lines has proved challenging. Past efforts that provided Medicaid agencies with “super-lien” rights, mirroring those afforded to the Medicare program, have resulted in little success.

In 2006, a Supreme Court ruling limited a state’s recovery to a proportional amount of the medical damages that it spent in a particular case. Arkansas Dept. of Health and Human Svcs. v. Ahlborn, 547 U.S. 268 (2006) held, in part, that—unlike Medicare, which has a dollar-for-dollar recovery—federal Medicaid statutes limit a state program’s recovery to the portion of the underlying settlement attributable to medical damages. For example, if a claim had settled for $100,000 (including $80,000 related to damages for pain and suffering, lost wages, and other nonmedical damages and $20,000 related to medical damages), then the Medicaid agency would have been entitled to a recovery only up to $20,000. The holding of Ahlborn was subsequently followed by the U.S. Supreme Court in a 2013 ruling, Wos v. E.M.A. ex rel. Johnson, 568 U.S. 627 (2013).

In response to these cases Congress, recognizing the importance of Medicaid third party recovery, effectively overturned Alhborn and Wos through amendments to the Budget Act in 2013. This enabled states to recover Medicaid expenditures dollar-for-dollar, mirroring Medicare’s ability to recover from the entire amount of a plaintiff’s damages rather than the proportionate medical amount. After numerous delays, those provisions went into effect after numerous delays on October 1, 2017.

Recovery recap: A slow start, a reversal, and GAO involvement

During the fourth quarter of 2017, only a few states actively embraced these expanded rights; however, it was anticipated that Medicaid agencies would better conform to these regulations over time and more aggressively pursue recovery efforts.

This expansion of Medicaid rights was quickly reversed in the 2018 federal budget[viii]. Once again, state Medicaid recovery was limited to a portion of the settlement. The reversal likely discouraged states from improving technological capabilities to identify third party payers. With these limitations, Medicaid agencies often seek recovery against beneficiaries themselves rather than insurers or attorneys. However, states and CMS could ameliorate the identification and recovery processes in the future to better ensure that the correct primary payer details are identified.

Along with congressional intervention, additional agency efforts at the national level continue to seek solutions to inefficiencies at the state level in identifying and recouping erroneous Medicaid payments. Last summer, the U.S. Government Accountability Office (GAO) issued two separate reports[ix] detailing the role of rampant improper payments and program integrity risks in the Medicaid program. The GAO has designated Medicaid as a “high-risk issue” due to its large program size, administration complexities, and increasing annual costs.

Each of these reports cite improvements in timely and reliable state data sharing as a necessary component to better enable federal oversight of the Medicaid program. Unlike Medicare, which mandates beneficiary query processes and reporting requirements, Medicaid lacks an automated process to identify current beneficiaries with potential alternative non-group health insurance.

States to watch on the road to recovery

State agencies in Rhode Island, Texas, and California continue to actively seek to improve Medicaid third party recovery procedures. While all states have federal obligations to implement third-party recovery policies for their Medicaid programs, programmatic data sharing and recovery processes are not currently well-tuned. Not surprisingly, each of these states contributes more than the national state average to its Medicaid program[x].

Texas most recently followed suit[xii], using MRN as an online solution to coordinate personal data and identify Medicaid beneficiaries with possible third-party obligors. It’s reasonable to assume that by implementing an automated mechanism to identify potential primary payers, the Texas Health and Human Services Department will use information from these data matches to investigate potential subrogation opportunities and recoup funds improperly disbursed.

In California, pursuant to Welfare and Institutions (W&I) Code section 14124.70, Medicaid recipients or their representatives are required to report the existence of a casualty, workers’ compensation, or tort claim within 30 days of filing to the Department of Health Care Services (DHCS). Since California has been active in expanding Medicaid coverage, we anticipate that the state will further bolster its recovery programs. The state’s efforts and successes will likely be closely followed and may provide a road map for other states to create their own recovery policies.

The national trend toward increasing the Medicaid recipient population will likely prompt lawmakers to devise robust recovery and financial integrity programs for the Medicaid program. This will challenge primary payers to ensure they have a response protocol addressing the various state-defined program requirements.

ISO Claims Partners closely monitors legal and regulatory developments at both federal and state levels and will continue to report updates and changes to Medicaid secondary payer compliance as warranted.