In an interesting new case out of Massachusetts, the United States District Court in MSP Recovery Claims Series LLC v. Plymouth Rock Assurance Corporation, 2019 WL 3239277 (D. Massachusetts, July 18, 2019) found that the assignee of a Medicare Advantage Plan (MAP) could sue an insurer for “double damages” under the Medicare Secondary Payer’s (MSP’s) private cause of action (PCA) statute (42 U.S.C. 1395y(b)(3)(A). In the bigger picture, Massachusetts is the latest jurisdiction to take a favorable view of MAPs possessing PCA rights under the MSP.

This new decision and its wider claims impact are summarized as follows: 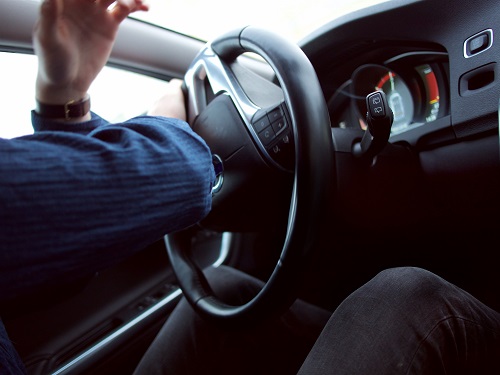 An individual noted by the court as “A.C.” sustained injuries in an April 2012 automobile accident. A.C. subsequently enrolled in the MAP Fallon Community Health Plan (“Fallon”) which allegedly paid for some accident-related medical services. A.C. sued the other driver who was insured through the defendant insurer. A.C. and the insurer ultimately reached a settlement and the insurer reported the settlement to the Centers for Medicare and Medicaid Services (CMS).

In August 2018, Plaintiff MSP Recovery Claims Series LLC (“MSP Recovery”)[1], as an assignee of Fallon, then sued the insurer under the MSP PCA provision alleging the insurer failed to reimburse Fallon for a $1,782.02 payment made to one of A.C.’s medical providers. Also, MSP Recovery filed a putative class action alleging that the insurer was the primary payer for numerous other medical expenses in other contexts.

The insurer argued, in part, that the court lacked subject matter jurisdiction on grounds that the MSP’s PCA provision does not apply to MAPs. The PCA statute states:

There is established a private cause of action for damages (which shall be in an amount double the amount otherwise provided) in the case of a primary plan which fails to provide for primary payment (or appropriate reimbursement) in accordance with paragraphs (1) and (2)(A) [of 42 U.S.C. § 1395 y(b)].

The court, however, disagreed based on its consideration of “the language of the private cause of action and the structure of Medicare Part C.” MSP Recovery, 2019 WL 3239277 at *7. Further, while recognizing that the First Circuit (the U.S. Circuit Court of Appeals governing Massachusetts) has not decided whether the PCA provision allows an action by a MAP, the court found “persuasive” the Third Circuit’s[3] ruling in In re Avandia Marketing, Sales Practices & Products Liability Litigation, 685 F.3d 353 (3d Cir. 2012). In Avandia, the Third Circuit held that a MAP could bring a PCA claim under 42 U.S.C. 1395y(b)(3)(A) finding, in part, the statutory text expressly afforded MAPs this right and that denying MAPs PCA rights “would undermine the very purpose of the [MAP] program” contrary to Congressional intent. Avandia, 685 F.3d at 363.

The court also disagreed with the insurer’s argument that MSP’s recovery assignment was invalid on grounds that the PCA provision was “penal” in nature since it allowed double recovery. On this point, the court noted this argument ignored the “purpose” of the PCA provision was to “reduce the cost of the Medicare program and that it plays a remedial role by allowing private parties to recover from primary payers who fail to pay medical costs.” MSP Recovery, 2019 WL 3239277 at *8 (citation omitted).

Based on this reasoning, the court concluded that a MAP “may maintain an action under 1395y(b)(3)(A),”[4] and that MSP Recovery asserted a “valid cause of action” and established “standing and federal jurisdiction.”[5]

The insurer also moved to dismiss MSP Recovery’s complaint on grounds that it failed to establish that it had “demonstrated responsibility” as required under the MSP statute for the medical expenses at issue. However, the court rejected this position noting that the complaint alleged that the insurer settled A.C.’s claim and was aware of its reimbursement responsibility which it felt satisfied the procedural filing requirements.

In addition, the insurer argued that MSP Recovery failed to allege that it had issued a “recovery demand letter” which it believed was required under 42 C.F.R. 411.22(b)-(c).[6] The court, however, rejected this argument finding that MSP Recovery was “not required to plead every individual act of compliance with a regulatory requirement in order to state a claim under the [PCA statute]” and that the complaint was “sufficiently specific” in alleging that the insurer knew of its reimbursement obligation when it settled A.C.’s claim. Id. at *9. However, the court noted that MSP Recovery, as part of the discovery process, “will be required to support its allegation that Plymouth had, or should have had, the necessary information to reimburse Fallon for the expenses at issue.” Id.

From another angle, the insurer argued that MSP Recovery’s claim was barred by the MSP’s three-year statute of limitations (SOL).[7] While the parties agreed this limitations period applied, they disagreed as to when the SOL began to run. The insurer argued that MSP Recovery’s assignment of rights only conveyed claims originating from June 2011 to June 2015 and, therefore, the SOL had expired before MSP Recovery’s filing its complaint in August 2018. Conversely, MSP Recovery argued that, although the expenses at issue were incurred in 2012 and 2013, the SOL only began to run once Fallon was on notice of the settlement.

From the court’s view, it noted that the SOL “began to run no earlier than the date [the insurer] settled A.C.’s because the settlement is integral to demonstrating [the insurer’s] liability.” Id. at *10 (citation omitted). However, as it was unclear as to when Fallon “was on actual or inquiry notice” of the insurer’s settlement with A.C., the court found that the SOL presented a question that could not be resolved at this stage of the litigation.

From a practical claims perspective, the court’s decision raises several points for consideration.

First, insurers with claims in Massachusetts should take note of this decision when dealing with potential MAP issues and recovery claims. Going forward, it will be interesting to see if the court ultimately finds the insurer liable for double damages, and how it addresses the issues of notice and the statute of limitations.

Second, from a wider lens, Massachusetts joins a growing number of other jurisdictions indicating that MAPs enjoy PCA rights under the MSP. For example, the United States Third and Eleventh Circuit Courts of Appeals[8] have ruled that MAPs have “double damages” rights under the MSP. In addition, United States District Courts in Connecticut, Louisiana, Tennessee, Texas, and Virginia have also ruled in favor of MAPs on this issue,[9] while a district court in Illinois gave a strong signal that it too viewed MAPs as possessing PCA rights.[10] Thus, insurers with claims in these jurisdictions also need to pay close attention to potential MAP lien issues.

Third, it is critical that claims payers develop MAP compliance protocols to address MAP lien claims and avoid potential PCA actions. While a complete examination into all the factors necessary to build MAP best practices is beyond the scope of this article, starter considerations include understanding the MAP case decisions and then developing practices aimed at obtaining MAP enrollee status, procuring MAP lien information, disputing the MAP lien (if applicable), and addressing who will be responsible for actually reimbursing any MAP lien(s) as part of the settlement process.

ISO Claims Partners has been the leader in helping claims payers build MAP protocols, and we would look forward to helping you address your MAP compliance needs. Please contact the author directly if you are interested in learning more.

In the meantime, learn more about our MAP services and/or review our state-by-state guide to Medicare Advantage in the courts.

[1] The court throughout its opinion used the acronym “MSPRC” to reference the plaintiff, MSP Recovery Claims Series, LLC. The author, however, in this article has elected to reference the plaintiff as “MSP Recovery” to avoid any potential confusion with CMS’ prior contractor, the “Medicare Secondary Payer Recovery Contractor” which CMS referred to as the “MSPRC.” However, please note that the plaintiff in this action (MSP Recovery) is not the prior CMS contractor “MSPRC” – rather, it is a private party asserting rights as an assignee of a Medicare Advantage Plan.

[2] In general, the court struck the class allegations for three reasons: First, it found the class definition would include MAPs with time barred claims. Second, the court viewed the purported class as an impermissible “fail safe” class. Third, the court noted that even if a class of MAPs with viable claims could be determined and noticed, the pleadings would not satisfy applicable rules of civil procedure “because questions of law or fact common to class members will not predominate.”

[6] These regulations provide as follows:

(2) A payment conditioned upon the beneficiary’s compromise, waiver, or release (whether or not there is a determination or admission of liability) of payment for items or services included in a claim against the primary payer or the primary payer’s insured; or

(3) By other means, including but not limited to a settlement, award, or contractual obligation.

(c) The primary payer must make payment to either of the following:

(1) To the entity designated to receive repayments if the demonstration of primary payer responsibilities is other than receipt of a recovery demand letter from CMS or designated contractor.

(2) As directed in a recovery demand letter.