With the National Flood Insurance Program (NFIP) currently set to expire on February 8, and many communities still recovering from this summer’s hurricanes, it’s no surprise that the 21st Century Flood Reform Act has passed the House and moved to the Senate.

Harvey: Not a random event

But it’s important to note that Hurricane Harvey—which is estimated to have caused $65 billion to $75 billion in damage in Texas, according to AIR Worldwide—is only the latest in a string of disasters that highlight two major issues in U.S. flood insurance: the underestimated geographical spread of the threat, and the millions of uninsured and underinsured Americans who don’t even know they’re at risk. 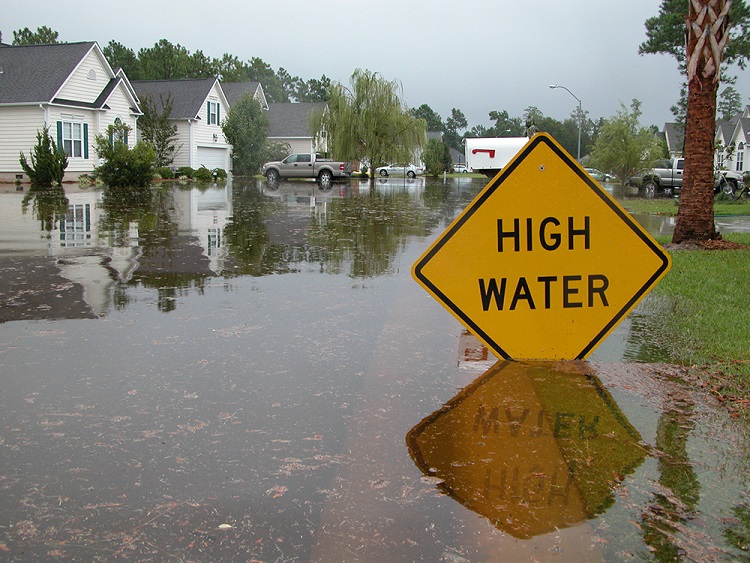 The spread of flooding where it hasn’t occurred before compounds a chronic problem: Most U.S. homeowners have either too little flood insurance or—for the majority—none at all.

Much of Harvey’s flooding extended beyond what are traditionally considered the highest hazard flood zones. It’s not the first such event in recent memory. Iowa in September 2016, Louisiana in August 2016, and South Carolina in October 2015 saw flooding in unexpected places. In fact, of the 43 property/casualty insurance catastrophes identified so far in 2017 by Verisk’s Property Claim Services, 38 involve losses due to flooding.

The flooding has been blamed in part on urban development and climate change, which render long-standing flood maps obsolete.

The spread of flooding where it hasn’t occurred before compounds a chronic problem in the United States: Most U.S. homeowners have either too little flood insurance or—for the majority—none at all. Common misconceptions keep many homeowners out of the flood insurance market, and a mismatch of coverage with the real exposure leaves a yawning gap even for those who understand their risk.

The misconceptions are simple. Many homeowners think they’re not at risk for flooding; usually they are. And many think that if they are flooded, they’re insured for it; usually they’re not. Standard homeowners insurance policies have excluded most types of flooding for decades, diverting many of these exposures to the increasingly strained National Flood Insurance Program.

Although flood insurance is available to some homeowners under the NFIP, most of Harvey’s victims didn’t have it, and only 12 percent of homeowners in the United States carry this coverage, according to the Insurance Information Institute. For those who do have it, the coverage is often inadequate to fully rebuild a home, and it excludes damage to property in basements and detached garages as well as the cost of renting a temporary home.

Harvey left Congress with one short-term problem, and it brought renewed attention to a long-term challenge that has eluded solutions throughout the NFIP’s existence. In the short term, the NFIP required an infusion from the public treasury to pay claims from Harvey. Without significant long-term changes, the program will likely need more of the same when the next Harvey rolls ashore.

Making this happen depends on rebuilding the very underpinnings of flood insurance, where the risk of loss is measured. Many of the flood maps that drive flood insurance requirements for mortgaged properties are out of date or do not fully reflect the risk. Non-scientific inputs infiltrate the designation of flood zones to spare homeowners the cost of actuarially sound premiums. And individual property characteristics that can affect flood damage, such as the existence and design of a basement, are often not factored into premiums.

This exposes homeowners and lenders alike to the very losses the program is supposed to mitigate; uninsured homeowners may never recover financially after a flood, and lenders may be forced to write off collateral after an uninsured or underinsured flood loss. A robust private flood insurance market offers a way forward.

But if private insurers are to enter this market, they need the information to underwrite accurately based on the real flood hazard for the location. That information is available if insurers can be freed from the box of the traditional flood maps.

The Federal Emergency Management Agency, which manages the NFIP, took a constructive step in November by licensing the inland flood and storm surge models of catastrophe modeling firm AIR Worldwide to better understand the NFIP’s exposure. The AIR flood model will also help the NFIP to weigh actuarially sound rates for its policies and perform real-time assessments on the impacts of major flooding.

Insurers also need latitude to offer broad and flexible coverage options in a template similar to the standard homeowners policy that’s already familiar to most consumers. This would include insurer-determined coverages and deductibles with options to include additional living expenses; other structures on the property such as detached garages, fences, and pools; and damage to personal property in a basement.

With such measures, FEMA can help communities across the United States be better prepared before disaster strikes—and more resilient afterward. Together, government and the private insurance industry can build a flood insurance market that works.

This article originally appeared in Insurance Journal and is republished with permission.

Mark Anquillare is chief operating officer of Verisk. He can be reached at Mark.Anquillare@verisk.com.