Verisk recently released its latest 360Value® Quarterly Reconstruction Cost Analysis, which offers an overview of current reconstruction cost trends at the national and state levels for the United States from April 2021 to April 2022.

Total reconstruction costs, including materials and retail labor, rose 13.5 percent from April 2021 to April 2022, nearly doubling the rate of increase from January 2021 to January 2022, when costs rose 7.2 percent. Overall inflation—up 8.5 percent in March year-over-year—and rising fuel prices are driving the price spikes as the cost of producing and transporting goods increases. The effect of inflation appears to be exacerbating the volatility in reconstruction prices that intensified during the start of the pandemic. After more than a decade of slower gains, the rapid swings that began in 2020 are ongoing as continuing strength in the homebuilding and renovation market drive demand for construction materials and labor. 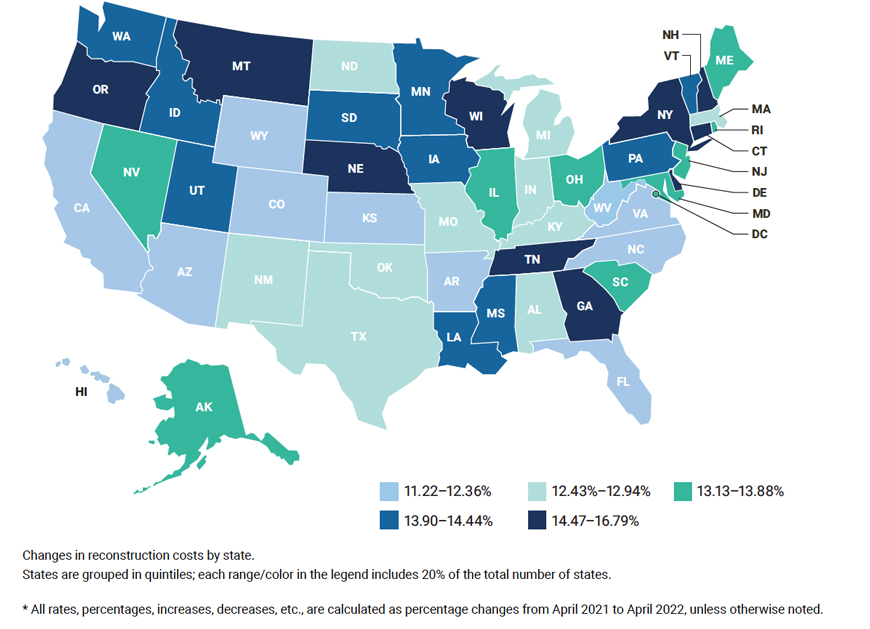 Rising fuel prices, which increased 45.9 percent in March, trickled into nearly every category, including roofing composite, which is produced from petroleum.

Reconstruction costs increased in all states. Delaware had the largest increase at 16.8 percent with New York and Connecticut following behind, up 16.2 percent and 15.5 percent, respectively. Hawaii had the most significant shift in rank, falling from the fifth-highest cost increase in January 2022 to 47th in April 2022, with prices rising 12 percent in the year-over-year period. In last place, North Carolina’s costs rose 11.2 percent between April 2021 and April 2022.

Combined costs for material composites increased 16.5 percent from April 2021 to April 2022, up from January 2021 to January 2022, when costs rose 7.5 percent. Prices were up for all categories. Lumber, which reached historic highs last year before moderating, is again surging, with costs rising 28.7 percent year-over-year in April, nearly triple the rate of increase from three months ago. In the previous year-over-year period ending in January, lumber rose 9.8 percent. Lumber-derived finished goods continued to climb, including interior trim composite, which saw prices rise 29.4 percent year-over-year, continuing the gains from January when it rose 26.6 percent. A return to pre-pandemic pricing levels for the material remains unlikely even as costs continue to shift rapidly.

Rising fuel prices, which increased 45.9 percent in March, trickled into nearly every category, including roofing composite, which is produced from petroleum. Roofing rose 16.5 percent year-over-year, up from a 14.2 percent climb in the period ended in January. Making construction materials is often an energy-intensive process, and materials must be transported from factories to job sites. Hence, the rise in fuel prices likely affects every aspect of reconstruction costs. 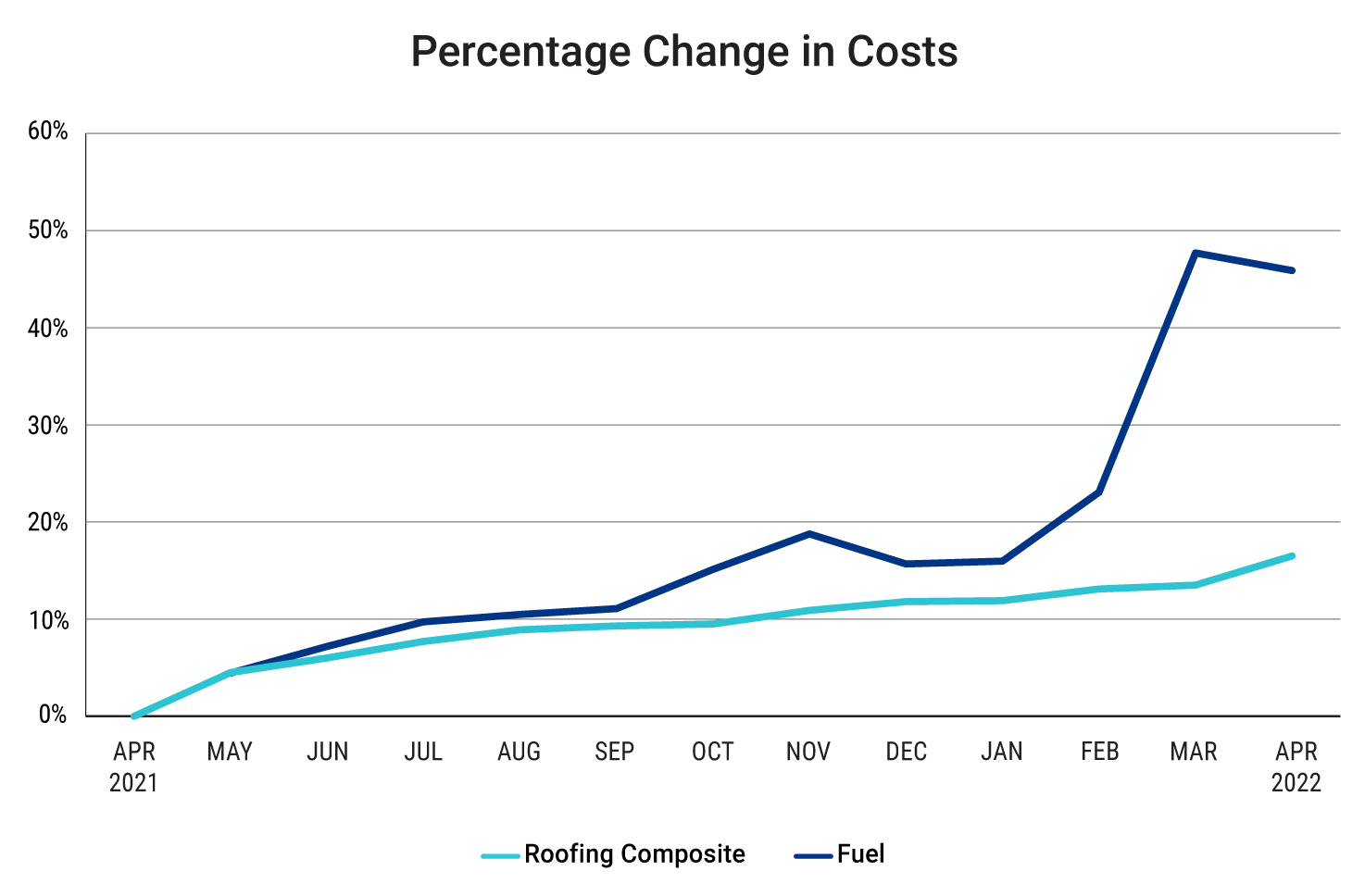 Combined hourly retail labor rates increased 10.4 percent from April 2021 to April 2022, up from the 5.3 percent increase recorded from January 2021 to January 2022. Drywall installer/finisher and roofer costs increased the most, rising 12.7 percent and 12.6 percent, respectively, as demand overall for construction laborers continues to outpace supply and increasing transportation costs are passed along in wages.

Joel Teemant is product director, 360Value commercial lines, for Verisk. He can be reached at jteemant@verisk.com. 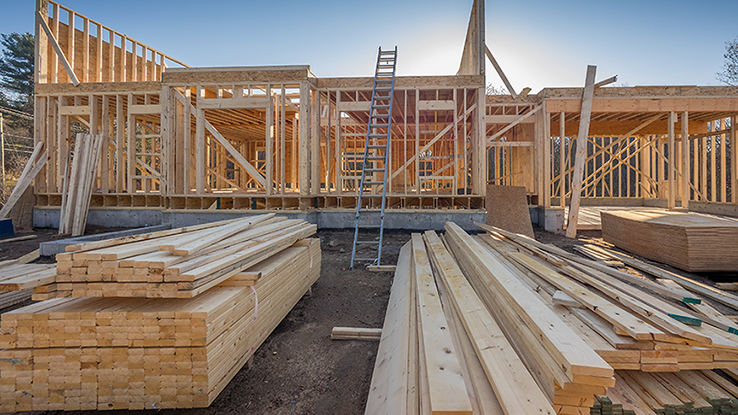 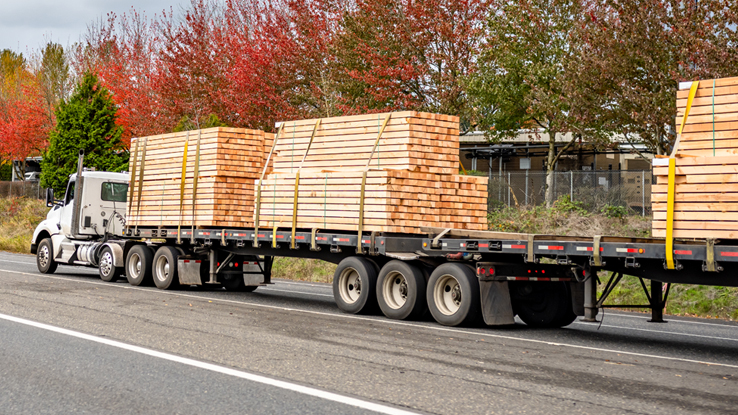