A holiday present from CMS

Foreshadowing a major change to Medicare Set-Asides (MSAs), the Centers for Medicare & Medicaid Services (CMS) announced on Wednesday, December 21, that it would unveil new policies in 2017 regarding re-review of MSAs and the use of utilization review in MSAs. The CMS announcement suggests that parties may soon be afforded a second bite of the MSA review apple.

What does the alert say?

CMS’s brief announcement can be found here, and the full text is as follows: 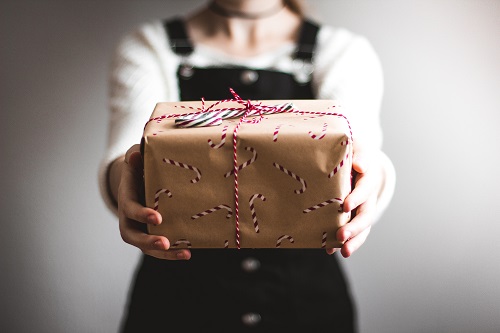 The Centers for Medicare & Medicaid Services recently revisited the task of reviewing its process for addressing requests for CMS to “re-review” otherwise approved Workers’ Compensation Medicare Set-Aside Arrangement (WCMSA) amounts. In calendar year 2017, CMS expects to update its existing re-review process to address situations where CMS has provided an approved amount, but settlement has not occurred and the medical care that supported the approved amount has changed substantially. CMS also expects its updated process to address situations where certain states rely on Utilization Review Processes to justify proposed WCMSA amounts. Please continue to watch this site for more details in the coming months

The CMS announcement suggests that significant changes to the WCMSA review process may be on the way.

What’s wrong with the current process?

Under the current process, CMS’s MSA review contractor may approve the amount proposed by the parties, reject that amount and suggest a higher amount, or reject the proposed amount and suggest a lower amount. At present, the CMS contractor provides no formal appeal process other than a wildcat “re-review process” that allows submitters to provide “new and different” information “not previously considered” if the new and different information predates submission of the case to CMS. Parties are not permitted to provide CMS with new and different information that postdates the original submission. The CMS announcement strongly implies that this policy will be changing, we hope, for the better.

An adverse MSA determination can render settlement impossible. Any relief to the current informal re-review program is welcome, particularly for those parties saddled with a CMS decision that simply does not equate with the claimant’s current medical condition. We encourage CMS and its contractor to thoughtfully and expeditiously release any MSA changes so that the industry can review them and provide comment and suggestions.

CMS also announced that it anticipates a policy change in “situations where certain states rely on Utilization Review Processes (UR) to justify proposed WCMSA amounts.” While individual states don’t rely on UR processes to “justify” MSAs, workers' compensation parties do rely on state law to justify a suggested Medicare Set-Aside amount. We strongly encourage CMS to allow parties to use state law in the WCMSA process because state workers' compensation law underpins the entire workers' compensation claim and settlement process. All too often, CMS policies do not adequately identify and support local laws that the parties have relied on throughout the claim. Let’s hope CMS makes necessary changes here.

We advocate for a second bite of the apple

If enacted, an updated re-review program combined with a more liberal policy toward the interpretation of state law would be a significant change in Medicare Set-Asides. The changes promise to be the most important and impactful since the introduction of independent prescription drug pricing reviews in 2009. Any new process to formalize and expand the current, nearly nonexistent process should allow CMS’s contractor to consider a full range of information not previously taken into account in the original MSA submission. In short, a new process should provide a second bite of the apple.

For nearly a decade, bright line tests imposed by Medicare have pushed some MSAs beyond the edge of reason. Even if a claimant declined or moved on from treatment, the review methodology meant that Medicare’s approved MSA amount often included treatment that could “possibly” be needed, even if it was highly unlikely or improbable. A more sensible re-review policy could change that.

With smart changes, parties would be free to modify or address unlikely medical treatment to ensure a more accurate, reasonable, and appropriate Medicare Set-Aside the second time around. To achieve this, it’s critical to have a top-flight cost mitigation program, a team of experienced lawyers and nurses, and the creativity and technical understanding of Medicare’s WCMSA program. We look forward to sensible changes from CMS and will continue to update you as warranted.

Rob Lewis is president of Casualty Solutions at Verisk. You can contact Rob at rlewis@verisk.com.