Eye on the courts: Florida’s collateral source rule does not apply to future Medicare payments

In an interesting new case in Florida, the court was called upon to address whether and how a plaintiff’s Medicare benefits should be considered in terms of evidence presented at trial. In Joerg v. State Farm Mutual Automobile Insurance Co., 2015 WL 5995754 (October 15, 2015), the Florida Supreme Court ruled that a plaintiff’s eligibility for future Medicare payments is not subject to Florida’s collateral source rule. Accordingly, the insurer was not permitted to introduce evidence of future Medicare benefits to reduce the plaintiff’s monetary award.

This interesting new case can be outlined as follows: 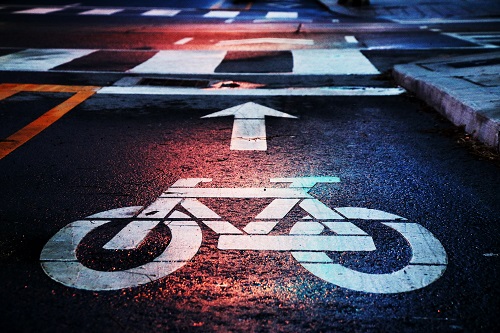 The plaintiff was rendered developmentally disabled after being struck by a car while riding his bicycle. He became a Medicare beneficiary, and Medicare paid certain medical bills.

The plaintiff settled his claim against the driver, but his separate uninsured motorist claim against State Farm proceeded to trial. The jury awarded $1,491,875.54 in damages, including $469,076 for future medical expenses.

The issue in this case centered on whether the plaintiff’s eligibility for future Medicare benefits should have been considered with respect to calculating (and potentially reducing) the plaintiff’s damages per Florida’s collateral source rule.

Florida Statute 768.76(1) ultimately changed the common law damages aspect of this rule. The statute flipped the rule the other way; that is, under this statute, if other amounts of money (outside the trial) are paid for the plaintiff’s benefit or otherwise available, a Florida trial court must reduce the plaintiff’s award.

Preventing a plaintiff from receiving an unjust windfall and reducing insurance costs were the main reasons behind this change.

However, there are exceptions. For example, Florida Statute 768.76(1) does not permit reductions regarding collateral sources for which there is a right of subrogation or reimbursement. Further, benefits under Medicare and other government programs where the federal government has lien rights are not considered collateral sources under this statute.

In Joerg, a dispute developed related to the evidentiary component of the collateral source rule. Under this aspect, payments from collateral sources are not admissible, because such evidence may confuse the jury regarding the issues of liability and damages. The dispute called into focus the Florida Supreme Court’s 1984 decision in Florida Physician’s Insurance Reciprocal v. Stanley, 452 So. 2d 514 (Fla. 1984).

In Stanley, the court ruled that “the common-law collateral source rule should be limited to those benefits earned in some way by the plaintiff. Governmental or charitable benefits available to all citizens, regardless of wealth or status, should be admissible for the jury to consider in determining the reasonable cost of necessary future care.” Based on Stanley, State Farm argued that it should have been permitted to introduce evidence of the plaintiff’s eligibility for future Medicare benefits.

In receding from Stanley, the Florida Supreme Court ruled that evidence of a plaintiff’s eligibility for future Medicare, Medicaid, and other social legislation benefits is not admissible under the collateral source rule. Thus, those benefits could not be considered in reducing the plaintiff’s award in Joerg.

In reaching this decision, the court found that the plaintiff (and all Medicare beneficiaries) faced a “serious liability” regarding future benefits in light of Medicare’s strong and broad reimbursement rights under the Medicare Secondary Payer (MSP) statute. On this point, the court stated that “[r]egardless of whether an individual has directly paid for his or her Medicare benefits…all Medicare beneficiaries who receive an award for future medical damages will be liable to reimburse Medicare, if Medicare makes a conditional payment on their behalf.”

Moreover, the court found that excluding evidence of future Medicare benefits would not result in an unjust windfall given Medicare’s strong rights. Further, the court noted the practical difficulties—and the “absolutely speculative” task—of trying to calculate benefits that have not yet been received and which may potentially never be received, taking into account possible future changes to Medicare and other governmental programs.

What Does It All Mean?

It is important to keep Joerg in perspective. In the end, this case did not chart new ground in the MSP area. Rather, it addressed the applicability of Medicare benefits in the limited context of Florida’s collateral source rule, and, in this regard, represents an important addition to this Florida specific state law. Accordingly, parties still need to separately address potential Medicare compliance issues under the MSP statute in relation to their claim settlements.