Balancing rising medical and pharmaceutical costs with appropriate and timely treatment for injured workers has been an ongoing struggle for workers’ compensation professionals. But recent trends indicate a positive change for the industry.

Workers’ compensation pharmacy costs have decreased by $1.1 billion over the last eight years, according to CompPharma’s 15th annual survey. While many contributing factors shape the savings, the proliferation of drug formularies in state workers’ compensation systems is a key component. 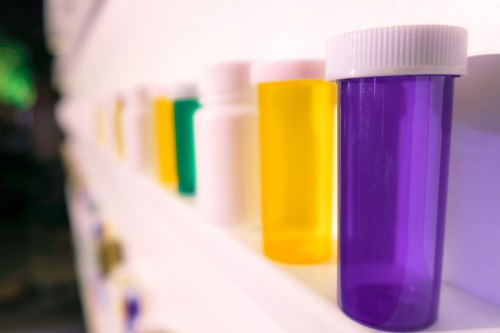 Last year, several state legislatures passed policies implementing workers’ comp drug formularies. This year, lawmakers continue to examine the impact of this cost-containment measure while monitoring the short-term results from states that have spearheaded the initiative.

Drug formularies provide rules that direct providers and payers on the specific drugs that should be prescribed to treat certain injuries and conditions. They often include a preauthorization process instead of automatically filling prescriptions, set time frames and dosage limitations for specific medications, and restrict dangerous drug interactions. Many states look to mirror official drug guidelines embedded in evidence-based medicine; however, others opt to develop their own guidelines rather than rely on an established national model.

The Texas Department of Insurance (TDI) published a research study detailing the impact of the closed formulary. Some of the more compelling findings include:

These impressive results prompted the Workers’ Compensation Research Institute (WCRI) to conduct a study examining the impact of a Texas-like closed drug formulary on the prescribing habits and costs in 23 other state workers’ compensation systems. The publication of Texas’s results along with the WCRI study likely caught the attention of other state lawmakers looking to better manage costs and care in the workers’ compensation system.

Following public commentary periods and numerous meetings with stakeholders, the new formulary was officially incorporated into the Medical Treatment Utilization Schedule (MTUS) on January 1, 2018. Along with the goals of reducing costs, improving predictability in provider behavior, and ensuring appropriate medication delivery to injured workers, California particularly sought to reduce the high volume of utilization review (UR) requests involving prescriptions.

Before the new law, a 2015 California Workers’ Compensation Institute (CWCI) report indicated that 44 percent of utilization review and 35 percent of independent medical review (IMR) requests involved disputes over pharmaceuticals. These figures are far higher than most other states.

Just this month, CWCI released a preliminary report analyzing the impact of AB 1124 on UR and IMR request volume and outcomes following the first five months of the formulary. While still in its infancy, the formulary is working as anticipated by reducing the proportion of UR decisions involving prescription drugs from 44.5 to 40.7 percent. Providers can bypass UR when prescribing medications designated as “exempt,” enabling them to quickly identify an appropriate medication and expedite delivery to the patient.

The analysis found minimal change in UR decisions involving opioid requests; however, providers had until April 1 to transition injured workers with claims prior to January 1, 2018, off opioids, which limited the data for the study.

Meanwhile, IMR decisions involving UR modifications or denials of opioid prescriptions increased slightly to 33.6 percent post-formulary from 29.2 percent before formulary implementation. The IMR uphold rate for opioid denials increased minimally from 90.1 to 91.4 percent.

It’s important to emphasize this is a preliminary analysis based on a short window of formulary regulations applied to workers’ comp claims. CWCI has indicated it will publish a first full-year report in 2019 that will provide a broader review of the formulary’s implications and outcomes. Often considered a national trendsetter, California likely influenced other states to act.

Rising interest across the nation

Additional aspects unique to the Arkansas formulary include pharmacists overseeing the dispute resolution process and requiring payers to have a pharmacy benefit manager (PBM), in-house medical director, or pharmacist. Also notable, the state did not address legacy claims in its policy.

Moving in a different direction, North Carolina scrapped adopting a formulary and instead implemented rules limiting the use of opioids for pain management. These restrictions went into effect May 1, 2018, and will be closely monitored to determine the impact on provider behavior when prescribing opioids to injured workers. The state may consider a more encompassing drug formulary in the future.

The impact on MSP compliance

High pharmacy costs continue to concern stakeholders in the workers’ compensation industry. The opioid crisis has shed light on the potential to overprescribe to patients. As a result, payers and injured workers are seeking to better understand and apply appropriate treatment. Though drug formularies are just one piece of the puzzle, they have the ability to shape provider behavior, which can lead to reduced prescriptions and costs.

The majority of costs in Medicare Set-Asides (MSAs) are attributed to the medication allocation. If drug formularies continue to gain traction and limit the strength, amount, and number of medications providers prescribe, MSA costs will likely decrease along with prescription costs.

As drug formulary policies expand and evolve in workers’ compensation, the trends and outcomes are certainly worth monitoring. ISO Claims Partners is closely watching these policy changes and will keep you updated on how they impact claims.