The Bighorn Fire in Arizona surpassed 14,500 acres near Tucson, the National Interagency Fire Center reported. As of June 15, the fire was 30 percent contained, with 729 firefighters on the scene, according to InciWeb, an interagency incident information management system. Lightning was believed to be the cause of the fire.

The fire, which started about 10 p.m. on June 5, caused no reported injuries, but its location north of Tucson triggered multiple mandatory evacuation orders, according to the Pima County Office of Emergency Management. In the early stages of the fire, some 850 homes around Oro Valley and the Catalina Foothills were threatened, the Federal Emergency Management Agency reported. Flames were burning through tall grass, chaparral, and timber in the Pusch Ridge Wilderness within the Coronado National Forest, according to InciWeb. 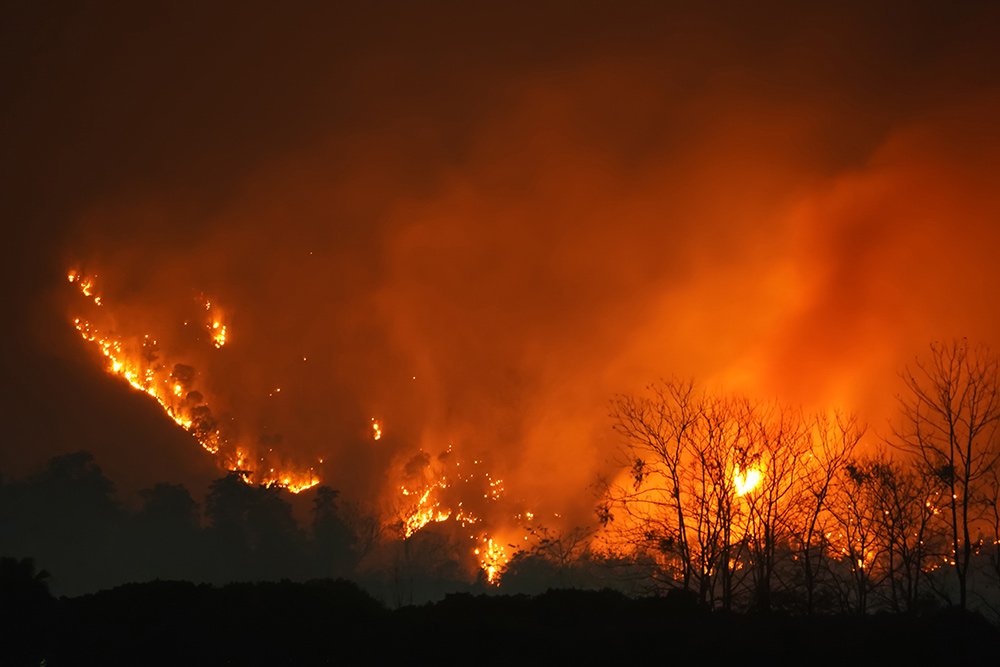 Pima County ranks second in the state by housing units at high or extreme risk.

FireLine®, Verisk’s wildfire risk management tool, is guiding analysis of risk factors seen within and around the Bighorn Fire’s perimeter.

Verisk determined that areas considered to be at high to extreme risk accounted for 86 percent of the total fire area. The fire is in Pima County, which ranks second in the state by number of housing units in the high or extreme wildfire risk categories, according to the FireLine State Risk Report for Arizona.

About 62 percent of the fire area contained medium to heavy fuels, and 98 percent consisted of moderate to extreme slopes.

The Bighorn Fire was one of several burning in Arizona as activity ramped up early across the state.

The Mangum Fire in Coconino County grew to cover 29,500 acres near the North Rim of the Grand Canyon in the Jacob Lake area, with only 3 percent containment as of June 15, according to InciWeb. Campers and visitors were evacuated from the area, radio station KJZZ reported. Verisk determined that areas considered to be at high to extreme risk accounted for 100 percent of the total fire area.

Additionally, InciWeb reported the Bush Fire  expanded to more than 38,000 acres in Gila County as of June 15, less than two days after it ignited. Verisk determined that areas considered to be at high to extreme risk accounted for 88 percent of the total fire area.

The FireLine State Risk Report ranks Gila and Coconino counties fourth and fifth in the state, respectively, by number of housing units at high or extreme wildfire risk.