In this case, a pro se claimant reached a workers’ compensation settlement with her employer. The parties finalized the settlement prior to CMS approval of the WCMSA. CMS came back with a counter higher approval (difference: $14,327.23). 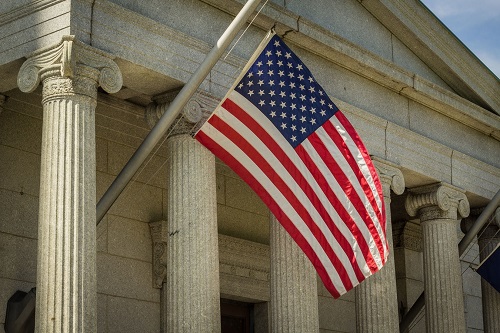 Rather than fund the difference, the employer simply decided to continue paying medicals. Claimant objected and sought a court order forcing the employer to fund the WCMSA in CMS’ approved amount.

The WC court dismissed the claimant’s action. On appeal, the Louisiana appeals court affirmed the WC court ruling. The terms of the settlement agreement figured prominently in the court’s ultimate decision that the employer was not required to establish a MSA in CMS’ counter-higher approved figure.

This decision can be dissected as follows:

This case arises from a 2001 industrial accident involving an alleged low back injury. The claimant filed a claim against her employer and its third party administrator (E/TPA).

In 2010, the parties reached a settlement for a lump sum of $19,000, with the E/TPA agreeing to establish a WCMSA in the amount of $79,937.77. The parties finalized the settlement prior to obtaining CMS approval of the MSA, with the court approving the settlement on October 12, 2010.

At that point, the E/TPA notified the claimant that it had decided to simply continue to pay her accident related medical expenses, rather than fund the MSA at CMS’ approved amount.

In response, the claimant filed a claim seeking to force the E/TPA to fund the MSA at CMS’ approved amount.

How did the court rule?

On appeal, the Louisiana Court of Appeals affirmed the WC court’s ruling.

In reaching this decision, the appellate court focused on the parties’ settlement agreement. In this regard, the appellate court noted the claimant testified at hearing that she was aware that the E/TPA was going to submit the MSA proposal to CMS. Further, she acknowledged that there was nothing in the settlement agreement that required the E/TPA to fund a MSA amount greater than what had been agreed to.

On appeal, the court found that the claimant failed to point to any error in the WC court’s ruling and, thus, this ruling was “presumed correct” under applicable Louisiana appellate procedural law.

The Hunter case highlights the problems that can arise when a claim is settled prior to CMS approval of a WCMSA and the critical role that settlement language can play.  In this case, the settlement agreement did not address what would happen in the event CMS came back with a higher figure. As noted above, the court declined to find that the E/TPA was required to fund CMS’ higher amount in this instance, and permitted it to simply continue to pay medicals.

This decision case calls into view an Alabama case from a few years back, ArvinMeritor, Inc. v. Johnson, 68 So.3d 870 (Ala. Civ. App., February 25, 2011), where a similar dispute arose. In ArvinMeritor, the claimant and employer each agreed to contribute a set amount toward the MSA figure obtained from a vendor.  The parties then settled the case prior to CMS approval. CMS subsequently rejected the proposed figure and approved a substantially higher MSA amount.   Each refused to fund the difference and argued that the other was responsible for the counter higher amount.

The lower court ruled in favor of the claimant and ordered the employer to fund the difference. However, the Alabama appeals court reversed the lower court’s ruling and found that neither party could be held responsible for funding the difference under the terms of the settlement agreement. The court in ArvinMeritor found that the parties had “simply failed to provide in their settlement agreement for the contingency that the cost of the [MSA] could exceed the [submitted amount].”  The court noted that it was beyond the province of the court to “reform” the parties’ contractual agreement in this instance. As such, the carrier continued to be responsible for the claimant’s medical treatment.

When the dust settles, these cases underscore the importance of addressing all potential MSP issues as part of the settlement process and ensuring that appropriate settlement language is included in the ultimate settlement agreement. This is particularly important in situations where the parties elect to finalize their settlement prior to CMS’ approval of a WCMSA.