In the bigger picture, the 11th Circuit’s ruling can be viewed as expanding the ambit of who can sue under the MSP’s PCA statute. On this point, as many are aware, over the past several years, federal courts in many jurisdictions have ruled that MAPs (or purported assignees of MAPs) are entitled to pursue PCA claims under the MSP.[4] In the future, it will be interesting to see if courts in other jurisdictions will reach similar conclusions regarding this issue. 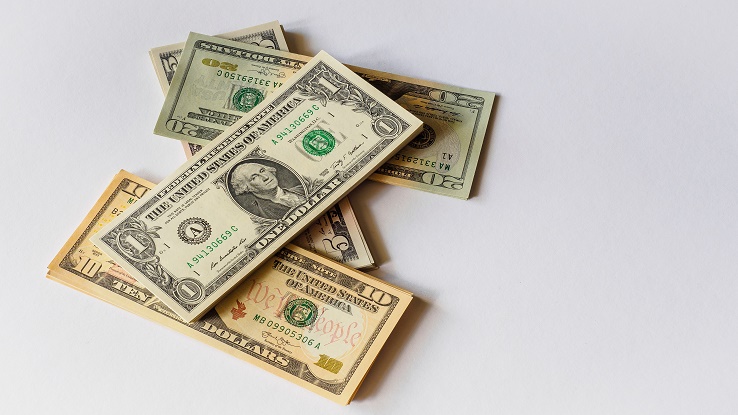 For those interested, the author provides the following overview regarding the 11th Circuit’s ruling on the limited issue of whether MAP “downstream entities” can sue under the MSP’s PCA provision:

The plaintiff, MSP Recovery Claims, Series LLC (MSP Recovery), as a purported valid assignee of several “downstream entities,” sued several insurers under the MSP’s PCA statute alleging that the insurers failed to properly reimburse conditional payments made by the entities.[5] Concerning “downstream entities,” the court described this concept and these parties in the following manner: “To operate more nimbly and to better compete with Medicare, some [MAPs] contract with smaller organizations, like independent physician associations, that have closer connections to local healthcare providers. These smaller organizations, or “downstream” actors, are also part of the Medicare Advantage system and are central to the present case.”[6]

The insurers disputed MSP Recovery’s action on several grounds, including, in general, challenging the validity and nature of the underlying assignments, failure to comply with alleged pre-suit requirements, and alleged defects in the plaintiff’s assignment chain.[7]

The United States District Court for the Southern District of Florida, through a series of separate decisions involving various insurers, dismissed MSP Recovery’s actions against the insurers finding that (1) some of the alleged assignments, including those from MAPs, were invalid and (2) the “downstream” entity assignees fell outside the scope of the MSP’s PCA statute and, thus, could not confer statutory standing to MSP recovery through assignment.[8]

MSP Recovery appealed to the 11th Circuit, which then consolidated the various suits as part of the appeal before it.

On appeal, the 11th Circuit framed the issue before it as follows:

The central issue in our case is whether actors downstream from [MAPs], who directly make conditional payments or fully reimburse [MAPs] for their conditional payments, may themselves seek double damages from primary payers under § 1395y(b)(3)(A).[9]

There is established a private cause of action for damages (which shall be in an amount double the amount otherwise provided) in the case of a primary plan which fails to provide for primary payment (or appropriate reimbursement) in accordance with paragraphs (1) and (2)(A).

The 11th Circuit, in part, reversed the district court’s ruling and found that MAP “downstream” actors can, in fact, sue primary plans for double damages under the PCA statute for reimbursement of conditional payments.

After reviewing the history of the PCA statute and examining various cases interpreting this statute, the court concluded that MAP “downstream” entities are parties falling within its ambit, stating as follows:

Furthermore, as part of this action, the court invited the Department of Health and Human Services (HHS) to file an amicus brief on this issue. It ultimately gave deference to HHS’s interpretation that “downstream” actors should have access to a private cause of action per §1395y(b)(3)(A).

In its briefing, which considered the relevant cases, statutes, regulatory scheme, and legislative history, HHS urged that any downstream actor that has “actually suffered an injury because it provided or paid for care from its own coffers and was harmed by a primary plan’s failure to provide reimbursement” should be able to access the private right of action. HHS amicus br. at 12. We afford HHS’s well-reasoned and considered interpretation of §1395y(b)(3)(A) Skidmore deference, under which “an agency’s interpretation may merit some deference depending upon the ‘thoroughness evident in its consideration, the validity of its reasoning, its consistency with earlier and later pronouncements, and all those factors which give it power to persuade, if lacking power to control.’ (citations omitted).[11]

As part of its analysis, the 11th Circuit also rejected the insurers’ argument that the actions by the “downstream” entities constituted an impermissible qui tam action under the PCA statute. They found “[s]uch downstream actors cannot be equated to qui tam plaintiffs who sue on behalf of the government and have no personal financial losses.” [12]

The insurers also argued that downstream actors’ status as contractors precluded access to the MSP’s PCA statute since they make conditional payments or reimburse MAP conditional payments under their contract rather than “mak[ing] statutory conditional payments on behalf of Medicare or the [MAP]”[13] and that these actors had basically accepted the risk of the MAP under “private sub-contracts”. They were now trying to “push that risk on to insurers.”[14]

However, the court rejected this position stating that: “Defendants’ argument is a sleight of hand; the primary payers already have that risk. The downstream actors’ alleged injury—the payment of medical expenses that should have been covered by a primary payer—is precisely the kind of injury that the Medicare Secondary Payer Act was meant to remove from the Medicare and Medicare Advantage systems.”[15]

Accordingly, in concluding that the MSP’s PCA statute applied to MAP “downstream” entities, the court stated:

Defendants have presented no persuasive rationale for limiting downstream actors’ access to §1395y(b)(3)(A) private right of action. The amici writing in support of Defendants have similarly failed to persuade us that downstream actors that fully cover MAOs’ conditional payments are situated differently from MAOs in any material way. Therefore, and in light of the text, purpose, and persuasive agency interpretation of §1395y(b)(3)(A), we hold that downstream actors that have made conditional payments in an MAO’s stead or that have reimbursed an MAO for its conditional payment can bring suit for double damages against the primary payer. The district court erred in dismissing Plaintiffs’ claims on the theory that, as a threshold matter, non-MAOs are categorically barred from accessing the Medicare Secondary Payer Act’s private right of action no matter the circumstances.[16] (emphasis added).

This decision, along with others, finding that MAPs have PCA rights under the MSP., demonstrates the critical importance for claims payers to ensure MAP lien claims are being properly addressed as part of the settlement process to avoid similar private cause of action claims. Having a MAP game plan is the key to reduce the potential of PCA/double damages claims. While a complete examination into the applicable components are beyond the scope of this article, in general this involves: recognizing that MAP are more aggressively pursuing their recovery rights; determining the Medicare plan type; obtaining/disputing MAP liens; settlement strategies to ensure MAP liens are properly resolved and reimbursed.

[1] The 11th Judicial Circuit has jurisdiction over federal cases originating in Alabama, Florida, and Georgia.

[2] The term “primary plan” under the MSP is defined, in part, as “a workmen’s compensation law or plan, an automobile or liability insurance policy or plan (including a self-insured plan) or no-fault insurance.” See 42 U.S.C. § 1395y(b)(2)(A).

[3] The MSP’s private cause of action section, codified at 42 U.S.C. § 1395y(b)(3)(A), states as follows: “There is established a private cause of action for damages (which shall be in an amount double the amount otherwise provided) in the case of a primary plan which fails to provide for primary payment (or appropriate reimbursement) in accordance with paragraphs (1) and (2)(A).”

[12] Id. *7. In general, as the court mentioned, qui tam actions involve actions by parties who have no connection with a claim involving Medicare and Medicare Advantage. In explaining that qui tam actions are not permitted under the MSP’s PCA statute, the court stated:

The only limitation that circuit courts have placed on § 1395y(b)(3)(A)’s breadth is that it cannot be treated as a qui tam provision. In other words, a plaintiff with no connection to Medicare or the Medicare Advantage system lacks statutory standing to seek double damages from a primary payer. This circuit, like others, see, e.g., Catholic Health Initiatives, 509 F.3d at 527; Stalley v. Methodist Healthcare, 517 F.3d 911, 919 (6th Cir. 2008), has foreclosed qui tam suits because plaintiffs with no connection to a conditional payment likely would not reimburse Medicare or an MAO and thus would not advance the Medicare Secondary Payer Act’s aim of reducing costs for Medicare or the Medicare Advantage system. Distinguishing § 1395y(b)(3)(A) from the qui tam provision in the False Claims Act (FCA), we reasoned that “[t]he private plaintiff in an action under the [Medicare Secondary Payer Act] is entitled to the entire recovery if he or she is successful, unlike under the FCA, which apportions the recovery between the relator and the government.” Orlando Reg’l Healthcare Sys., Inc., 524 F.3d at 1234. We further explained that the Medicare Secondary Payer Act “provides to the government none of the procedural safeguards to manage or direct an action which are granted to it under the FCA.” Id.  MSP Recovery Claims, Series LLC. 2020 WL 5365978, at *6.