Beast from the East or just a cold spell? Insurers brace for freezing weather claims

As wintry weather sweeps across the UK, many insurers are cognisant that another potential "Beast from the East" or wave of unusually cold spells could lead to a surge in extreme cold weather claims.

The Beast from the East of 2018 was attributed to a sudden stratospheric warming event, a jump in temperatures caused by a weakening of the stratospheric polar vortex above the Arctic – strong westerly winds that circle around the pole. This event can subsequently affect the jet stream, bringing mild and moist air over the Atlantic and leaving the UK in a prolonged spell of cold weather.1 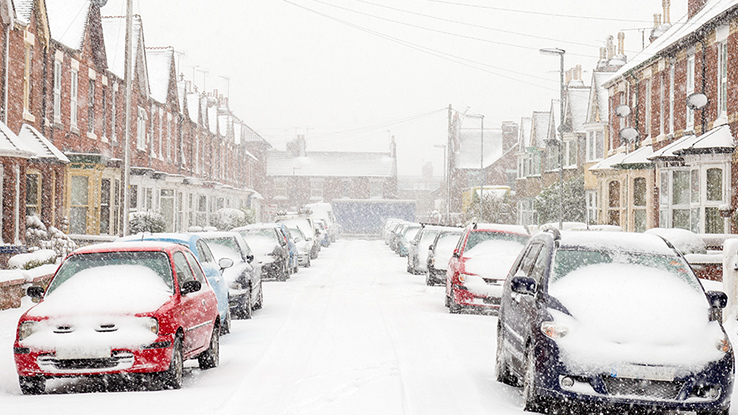 A similar stratospheric warming event early in January 2021 has led many news organisations to speculate that we may see a second Beast from the East. However, the UK Met Office has tempered those expectations. The Met Office stated that while there is a chance there could be more snow in parts of the UK and Europe, and that cold spells can't be ruled out, it does not anticipate another Beast from the East as seen in 2018.2

While the weather in January has not been unusually cold, and much attention has been drawn to Storm Christoph, which brought heavy, record-breaking rainfall and flooding to parts of the UK,3 insurers must take a proactive rather than reactive approach to cold weather. With the recent cold snap less severe than predicted, insurers may become complacent.

Statistics from the Association of British Insurers (ABI) show that insurers pay out £14.3 million to home and business owners each day to repair properties and replace contents damaged by bad weather, flooding, and burst pipes.4 In the first quarter of 2018, when the Beast from the East struck, weather-related claims totalled £328 million, of which £193 million were domestic weather-related escape of water claims.5

Mitigating the impact of freezing weather and escape of water claims on insurers' balance sheets is no easy task. However, the use of external data sources and modelling tools can help them understand how exposed the properties across their books of business are.

Properties in Scotland and North East England are often seen as the worst affected by these weather events, however, the actual claims data can be surprising. Properties can vary significantly in their exposure to burst pipe claims down to the postcode or even address level.

Verisk's Freeze Insight model is based on 1.7 million postcode locations and more than 70 million temperature records to predict the relative annual frequency of burst pipe claims due to freezing. It is full of highly detailed property, environmental, and demographic descriptors to support the assessment of escape of water risk from extreme cold weather.

Our Escape of Water Insight model helps assess escape of water risk not caused by frost-related incidents but rather maintenance-related incidents. It uses details of properties at an address level and more general data sources to capture certain characteristics that may indicate a higher risk of an incident leading to a claim.

Access to robust data can make all the difference when the industry faces its next surge in extreme cold weather claims.