Key Takeaway: Urban wastewater continues to be an informative source of data for coronavirus scientists. Such data may not only provide early warning signs of a pandemic but may also alert scientists to new mutations. For example, according to reports, evidence of mutated coronaviruses previously undetected in human patients have been found in sewage samples from New York City and one location in California.

Back in 2020, we posted that although the Centers for Disease Control and Prevention (CDC) and the World Health Organization (WHO) both stress that the main path of the novel coronavirus transmission is via respiratory droplets, some researchers are looking at the outbreak from a gastrointestinal angle, and learning about another means of potential transmission and about possibly a new clue for diagnosis and epidemiological predictions: exposure to infected human stool. As such, we added reports that some researchers had begun to examine urban sewage as a sort of COVID-19 radar and were successful in identifying the novel coronavirus in the wastewater of a city in the Netherlands. In fact, they reportedly identified SARS-CoV-2 ahead of the first confirmed COVID-19 cases in that city, Amersfoort; specifically, they found "that the virus was present in the sewage on March 5, weeks before any cases were reported in the city."

In 2020, the CDC also began a program called the National Wastewater Surveillance System (NWSS) to monitor the COVID-19 causing virus in U.S. wastewater. The NWSS provides a data tracker and map of the latest data (see a screenshot below with data as of February 7, 2022). 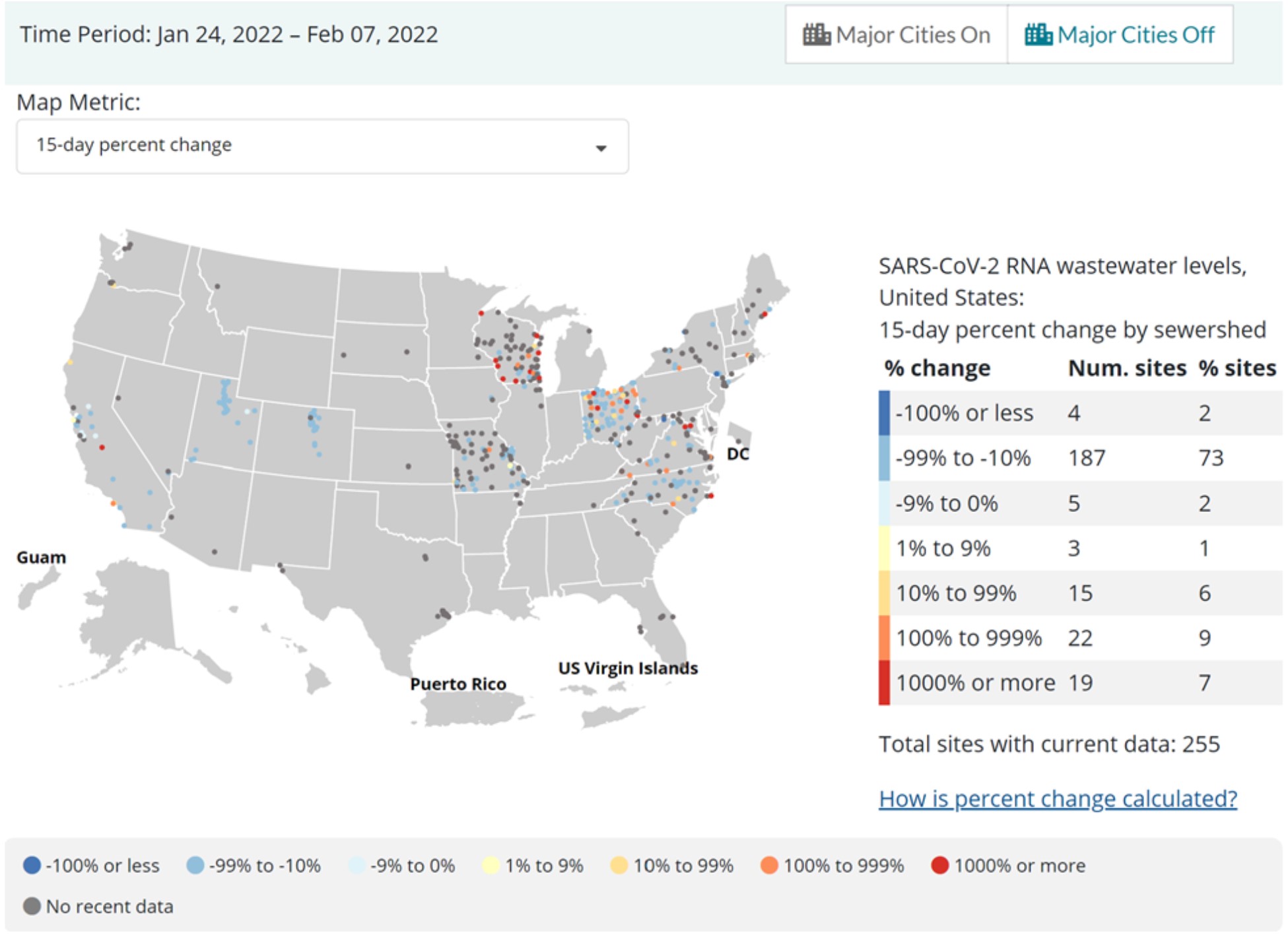 New Mutation? (So Far Not Concerning)

It seems that not only has sewage been able to reveal the presence of the COVID-19 virus in an urban population, but it also may be able to help alert scientists to potentially new mutations.

The New York Times reports that scientists have observed a previously undetected mutation of the COVID-19 virus in New York City wastewater and have been struggling to determine its origin.

Scientists have reportedly been examining New York City wastewater samples from 14 sewage treatment plants since June 2020, but the mutations have been identified in samples from only a few, not all of them.

The article notes that no alarm bells are ringing yet and explains the situation more specifically as follows:

The viral fragments they found had a unique constellation of mutations that had never been reported before in human patients — a potential sign of a new, previously undetected variant.

For the past year, these oddball sequences, or what the scientists call “cryptic lineages,” have continued to pop up in the city’s wastewater.

There is no evidence that the lineages, which have been circulating for at least a year without overtaking Delta or Omicron, pose an elevated health risk to humans. But the researchers, whose findings were published in Nature Communications on Thursday, still have no idea where they came from.

Some scientists reportedly speculate that since the omicron mutation has been thought to be the result of the virus having time to mutate within a patient that was immunocompromised, that may indicate this new mutation originates from patients in long-term healthcare facilities; however, the article notes there is still no evidence for this theory.

Some scientists speculate the mutation may come from animals such as rats, but the article mentions there is no evidence for this theory either.

Is this mutation limited to the New York City region? Apparently not: per The Times, scientists have also found evidence of a coronavirus mutation with a similar genetic sequence from one sewage plant in California.