A COVID-19 Winter is Coming: What Property Risks Might be on the Horizon?

Disclaimer: For the purposes of this article, the words “unoccupied” and “vacant” are being used interchangeably, with the knowledge that both are considered terms of art in both law and insurance. However, these terms are being used here to merely reflect that there has not been a person within the structure for some indefinite period of time.

COVID-19 has posed unprecedented challenges over the course of 2020. And with just a few weeks before the ball drops to mercifully usher in 2021, the temperate regions of the U.S. are facing another major hurdle: navigating a COVID-19 winter and the risk environment that may correspond.

There are various risks that the winter may bring that other seasons have not. This article will feature the insights of ISO’s Risk Engineering Group and assess how the growing trend of vacant/unoccupied buildings could exacerbate the potential for more frequent and severe property losses throughout the winter.

An oft-presented theory during 2020 has been that people are fleeing cities for suburbs in droves. While we recently posted that, in general, this may not be the case, major metropolises such as New York City and San Francisco do appear to have a plethora of units that are not filled and bidding wars escalating housing prices in their suburbs, and could remain that way into 2021.

With respect to the former, Citylab has reported that the apartment vacancy rate in Manhattan for the month of September reached a new record – 5.75%; this is the fifth straight month that the Manhattan vacancy rate has eclipsed a record. Additionally, this does not account for the individuals who are still technically on their lease agreement, but nonetheless left their unit to move somewhere with more space, such as those who moved back in with their parents.

Major appeals of living in New York City include a convenient commute, bustling social scene, and a wide range of culinary options. But a combination of a treacherous past seven months and the realities of winter could stymie these benefits and continue to discourage renters from moving back in during the winter, keeping units unoccupied.

Additionally, based on major reductions in rent, San Francisco also appears to be experiencing a surge in unoccupied units. Median rent prices, per SFCiti.org, dipped almost 12% in June 2020 from June 2019, reflecting the drop in demand. With major SF-based employers reportedly allowing employees to work fully remote not just for the duration of pandemic, but beyond, there is the potential that numerous people will flee San Francisco for a less expensive region, potentially leaving many units in San Francisco unoccupied for the foreseeable future.

While we touched only on New York City and San Francisco above, unoccupied commercial units could be a nationwide issue as the economic fallout from the virus continues to devastate.

A Stanford School of Business lecturer and small business advisor recently told CNBC that there have been 850,000 COVID-related bankruptcies in 2020.

One commonly cited example has been the restaurant industry, which has consistently faced headwinds during this outbreak. ABC News reported back in July that over 26,000 restaurants across the United States have closed during the outbreak, 60% of which have been deemed permanent. Furthermore, the restaurants that are still operating appear to be struggling, potentially being on the precipice of closing as well. For example, the New York Times reported that nine out of ten restaurants in August were unable to meet their full rent obligation.

In addition to restaurants, ABCNews also noted that over 26,000 shopping and retail businesses also were closed during this period, in this case about 48% of these being permanent.

With winter rapidly approaching, and little relief in sight, these residential and commercial dynamics could contribute to a surge of unoccupied units of all varieties, perhaps exacerbating the potential for more property claims in the coming months.

Winter is Coming: Why Might Property Exposures be Even Higher Than Usual?

Various characteristics of buildings can serve to exacerbate water damage risks. The plumbing system in an older building may have more wear and tear especially if not maintained properly.

However, it is the typical characteristics of winter – freezing temperatures, icy weather, harsh wind chills – that are notorious for contributing to a spike in water damage claims. An analysis done by the National Insurance Crime Bureau (NICB) that references ISO ClaimSearch data from 2014 to 2015 found that water damage claims were significantly more prevalent in January and February than in other months.

The typical consequences from wintry weather, coupled with a continued uptick in unoccupied and/or vacant units, could increase the risk for more water damage losses in the coming months for both commercial and residential spaces. Here are some reasons why: 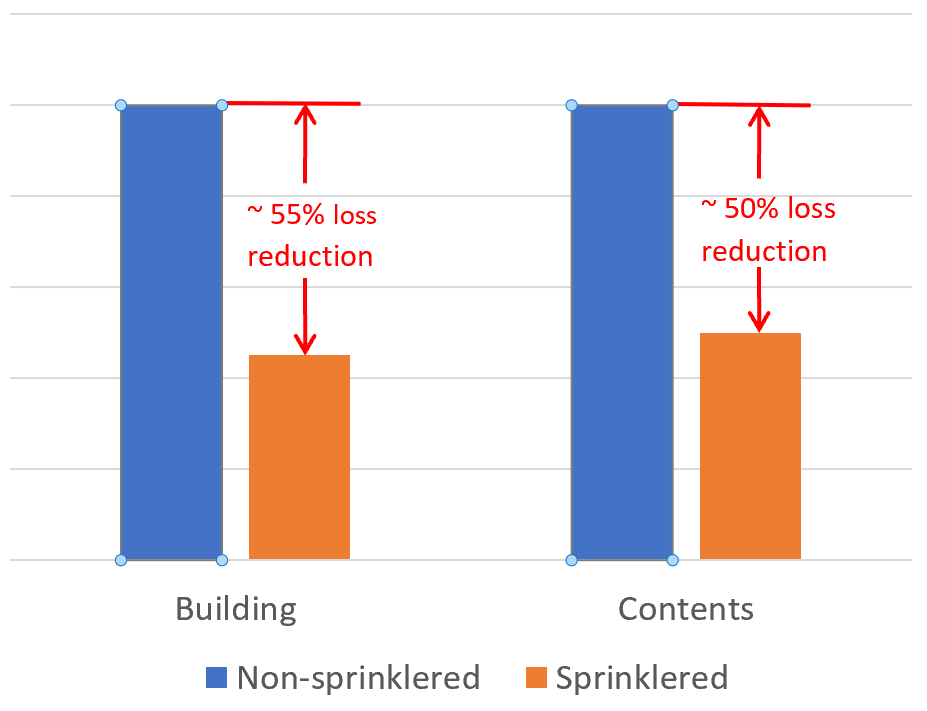 Overall, it is worth noting that unoccupied residential buildings may be at increased risk from water damage claims compared to commercial buildings. In general, habitational occupancies have a greater density of plumbing (water/sewer) than commercial occupancies (e.g. offices and retail), so the relative potential for incidents is higher. This is substantiated by the aforementioned NICB report, in which Homeowners claims represented 82% of all water damage claims in that two-year period.

Will the weather this winter be on the more severe side and amplify these risks, or be relatively mild and offer somewhat of a reprieve?

Each year, in the months leading up to winter, Judah Cohen, Director of Seasonal Forecasting at Atmospheric and Environmental Research (AER), a Verisk™ business, takes a look at different climate developments to glean insight on what winter may look like in different regions of the United States.

For example, snow cover extent (SCE) across Eurasia in the month of October could be an indicator of the strength of the upcoming polar vortex. The polar vortex is a fast-flowing stream or ribbon of air that circles the upper atmosphere above the North Pole during the winter months. Often, when the polar vortex is strong, temperatures are mild in the midlatitudes, including across the eastern United States, Northern Europe, and Asia. But when the vortex is weak, temperatures tend to be cold across these same regions.

When Eurasia’s SCE level in October is high, a weak polar vortex may be on the horizon, and vice versa. However, this year, Judah notes that SCE is fairly close to normal, so there is currently no significant indicator there.

Another potentially major driver of upcoming winter weather is the anticipated La Niña. La Niña refers to below normal temperatures in the eastern equatorial Pacific from the coast of South America to the Dateline. La Niña typically favors colder temperatures in the Northwest quadrant of the U.S. and milder temperatures for the Southern and Eastern U.S. This climate disparity between the Western and Eastern regions of the U.S. could lead to areas in between (e.g. the Midwestern U.S.) being exposed to more instances of large temperature swings, a phenomenon that could facilitate more freeze/thaw cycles that exacerbate the risk for pipe bursts and other types of water damage losses.

La Niña also favors wetter conditions along the Northern tier of the country - especially the Northwestern U.S. and the Great Lakes – as well as drier conditions all along the Southern tier of the U.S. Of note, this could potentially exacerbate the drought in California and the Southwestern U.S., which reportedly may already be causing water stress issues at the Mexico-U.S. border, as we recently posted about .

With respect to the polar vortex, Judah finds that current indications appear to lend itself to a growing possibility that the polar vortex remains strong for the foreseeable future. If this persists in the coming weeks, then the upcoming winter may be on the milder side. But the behavior of the polar vortex can change fairly rapidly.

Judah does note that there are a couple of wild cards that still need to be sorted out in the weeks and months ahead. If ocean temperatures remain very warm along the west coast of North America, and levels of Arctic sea ice stay low, then both of these features could contribute to colder temperatures, especially in the interior of the U.S.