In a recent A.M. Best episode entitled “2014 Was a Surprising Year for Natural Catastrophes,” Ted Gregory, Manager at Property Claims Services® (PCS®) and Carl Hedde, Head of Risk Accumulation at Munich Re America discuss weather-related catastrophes in 2014 and the impact they’ve had on the insurance industry.

Carl Hedde says that since no major hurricane made landfall in the United States in 2014, insurers faced lower claims than usual. Ted Gregory discusses two major events that were designated by PCS:

An event with low insurance penetration was the Napa Valley, California earthquake in August.  Ted Gregory says: “It could have been a lot worse in terms of insured loss. The take up rate by the California Earthquake Authority in that area happened to be only five to six percent of the residents who are homeowners in the Napa Valley.”

The video also highlighted A.M Best’s list of the top five events of 2014 in terms of insured losses: 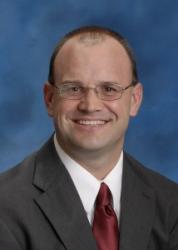