Severe weather has affected the Central and Southern Great Plains over the past few weeks, as evidenced by images of destructive tornadoes flooding social media and the internet. Climatologically, April-June is the most active time for severe weather in the United States. According to data from the Storm Prediction Center (SPC), tornado, hail, and strong wind reports typically spike during these months.

Prior to May 2019, this year’s tornado count was similar to the 2005–2015 average annual trend (Figure 1). However, the frequency of tornadoes in May has now pushed the 2019 year-to-date tornado count above average by over 200 tornadoes. 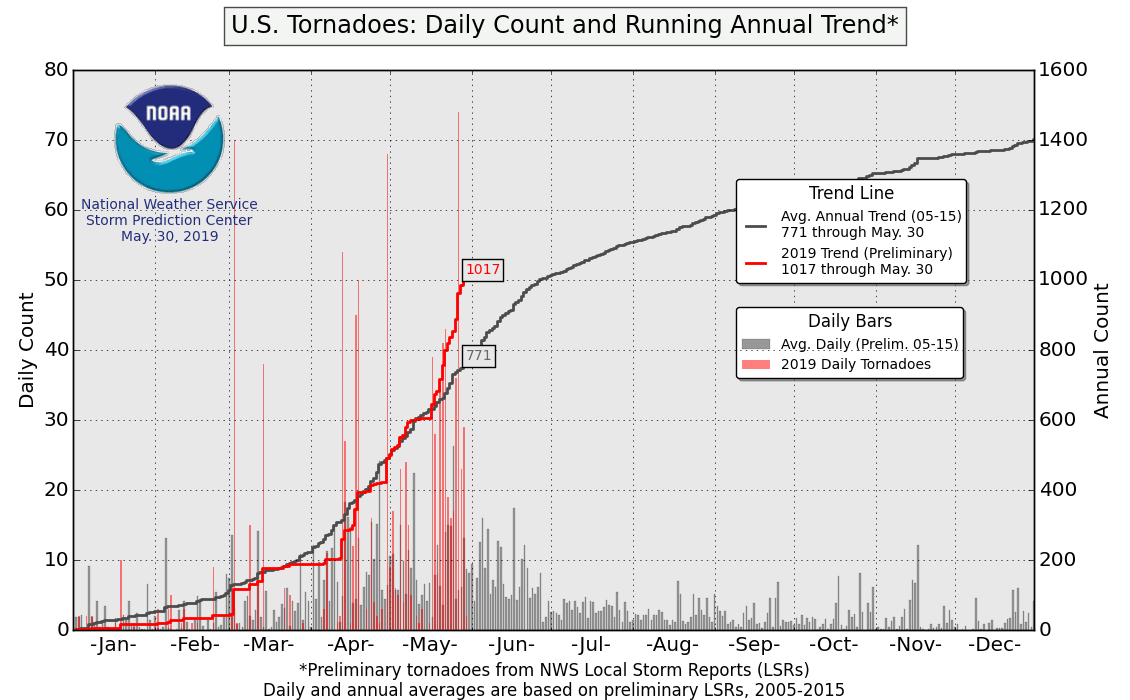 Compared to the past 5 years, the 2019 season again displays an above-average trend. The total number of tornado reports from January-May is higher this year than for the same months in 2014-2018 (Figure 2). 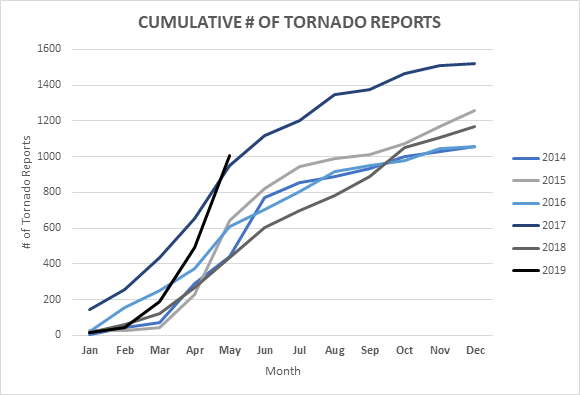 The Tornado Alley region, which includes the Great Plains, the Midwest, and the Southeastern United States, is famous for its high frequency of tornadoes. 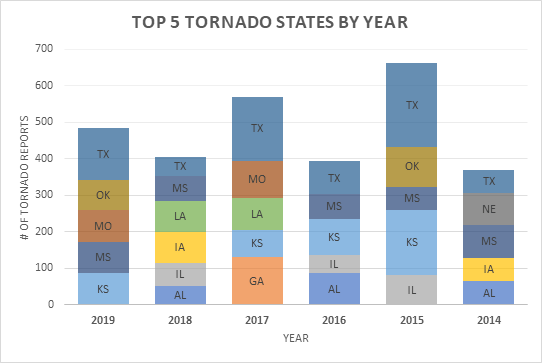 But what is it about this time of year that makes severe weather outbreaks more common?

It takes several atmospheric ingredients coming together to get the kind of severe weather we see in late spring and early summer. A major feature that drives severe weather is the jet stream, a region of elevated winds about 5-7 miles above the Earth’s surface. Moving a lot like a wave, the jet stream dips toward the southern United States in the winter months then returns north toward Canada in the summer. As the jet stream begins to retreat in the spring, it pushes areas of upper-level energy back toward the southern United States. These features promote a rising motion in the air, a key factor in storm development. Additionally, the jet stream produces strong winds that change in speed and direction vertically with height — a factor called wind shear.

Wind shear is another severe-weather ingredient because it promotes rotation in the atmosphere. Figure 4 (below) shows an upper-air analysis from May 21, 2018. A pronounced jet stream “trough” can be seen over the western United States with embedded jet streaks, or areas of high wind speeds within the jet stream. This analysis depicts an atmospheric setup that was a major driver of the severe thunderstorms, tornadoes, hail, and heavy rains observed over the Great Plains and Midwest on this day. 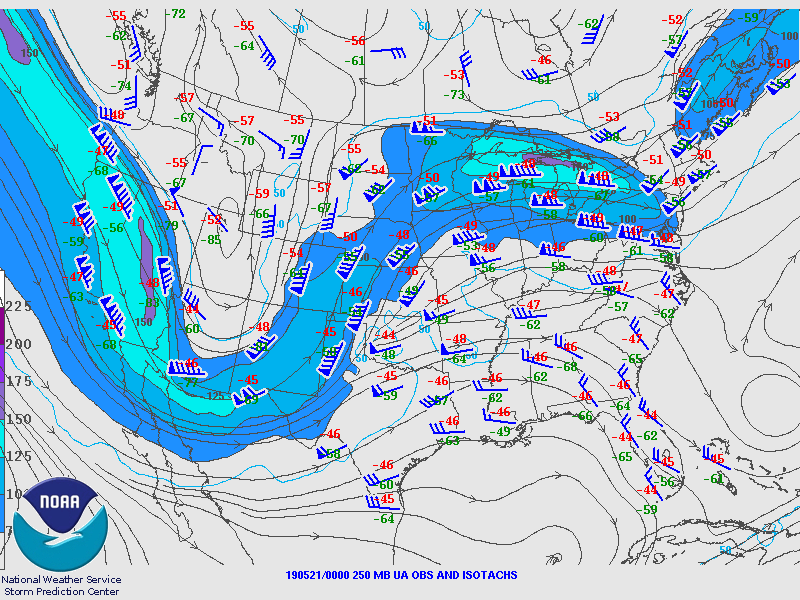 Rising temperatures and dew points of the springtime months provide the warm, moist air needed to produce severe weather. The warm maritime airmass in the southern US clashes with drier, colder air from the western states. These conditions create an “unstable” environment where severe thunderstorms and tornadoes can develop more easily. As we head into June, the location and magnitude of these severe weather ingredients will continue to be major factors in determining the frequency and strength of severe weather outbreaks.

Lauren McCarthy is a Verisk Weather Solutions Intern that began working with Verisk in May 2019. Lauren received a B.A. from Colby College in Environmental Science and Geoscience in 2016, and a M.S. in Applied Meteorology from Plymouth State University in 2019.