There are more smart devices than there are people in the United Kingdom—with 130 per cent penetration. Almost everybody has a smartphone, according to Yahoo’s Flurry. We take more photos with phones than cameras, and we spend more time browsing for personal reasons on smartphones than we do on computers—twice as long, according to a Pew Research Center study.

But along with browsing the Internet, accessing social media, house hunting, job searching, banking, and shopping online, there’s another important use for these devices: helping resolve insurance claims. New software solutions and smartphone apps make it possible for customers to become collaborators as they use their smartphones to report losses and include photo and video documentation to verify a loss.

When a home is damaged, a policyholder can now use Xactware’s video collaboration app, ClaimXperience™, to “walk” a claims handler through the loss site using the device’s camera.  Consumers can use the smartphone camera to stream video of the loss, under the direction of claims handlers who view the damage on their computer screen, while recording the video and taking still photos when appropriate.

This kind of collaboration jump-starts the claims process. One Xactware claims inspector who uses video collaboration reported that, upon returning from a one-week holiday, he was able to resolve four of five claims from his office using the tool—a task he estimated would have taken a week longer without video collaboration.

Video collaboration isn’t the only way smartphones and other devices are helping to involve the customer in the property claims process. Online collaboration tools now allow customers to help compile an inventory of contents losses for a claim, complete with model numbers, receipts, and even photos where possible. Hundreds of insurance companies are already doing this.

Xactware is still probing to find out how much policyholders are willing to be part of the process. Are they willing to use their smartphone cameras to do a video recording of their home as it is today, including the contents, to document an inventory for a possible future insurance claim? Are they willing to do it annually? If we have a tool that makes that easier for them, will they be more likely to do it?

This is not a new idea. Xactware had a tool to do something similar 20 years ago—before the advent of smartphones. Few used it, because it takes time to compile an inventory of your personal property and because contents in our homes are in a constant state of flux, making it almost impossible to keep the inventory up to date.

But the ease and availability of smartphone technology now makes it possible to build and maintain that inventory with minimal effort. Then, an insurance agent’s job would be to vet an inventory, rather than create one. A large portion of the work would already be done for them. We think it’s worth considering. 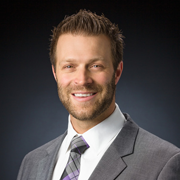 Jared Dearth is a product director for Xactware, a Verisk business. Jared joined the Xactware team in 2010 as a project manager for XactContents®. Before joining Xactware, he managed the business development of software designed to drive user productivity and efficiencies in companies throughout North America and Asia. Jared has a bachelor’s degree in behavioural sciences from Utah Valley University and an M.B.A. from Brigham Young University.