The most significant tropical event that occurred within the past ten years took place in September 2008, Hurricane Ike. That storm resulted in $12.5 billion in estimated insured losses and 1.4 million claims across nine states. Tropical Storm Lee, which occurred in 2011, was the second largest September tropical event. That storm resulted in $535 million in estimated insured losses and 109,000 claims.

Since 2006, Property Claim Services® (PCS®) has designated 21 events in September, with estimated losses totaling $18.2 billion. The most active year was 2010, with five events and estimated insured losses of $1 billion. 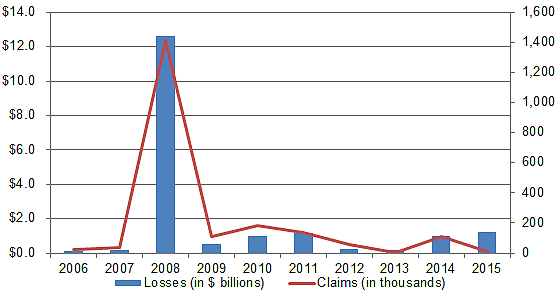