Reconstruction Costs Up Sharply across the United States and Canada

That’s the largest number of states with an increase of more than 5 percent since April 2007, when 30 states saw increases of the same magnitude and residential construction experienced tremendous growth.

North Dakota continued to top the charts at more than 9.8 percent as construction costs soared because of growth from the state’s oil boom.

Reconstruction cost data is used to estimate replacement costs that are typically the basis for determining policy limits for property insurance policies. Click on the map below to see the complete U.S. report.

Changes in reconstruction costs by state (January 2014 to January 2015) 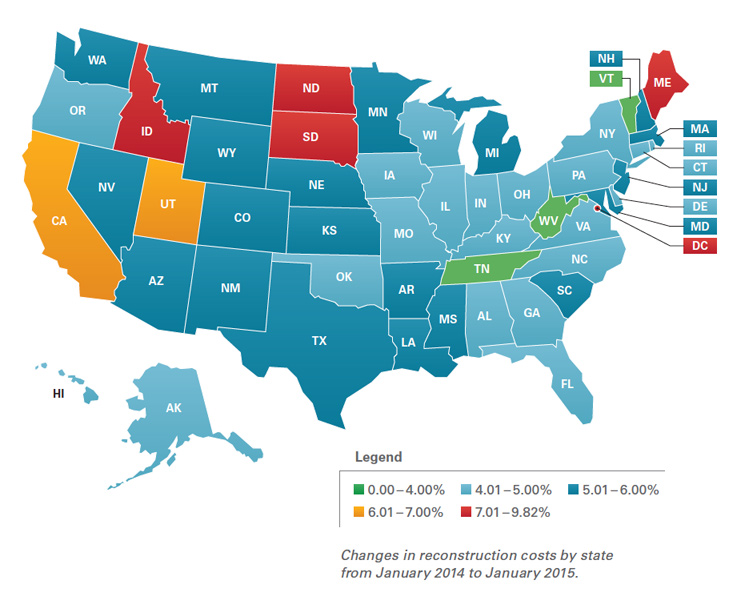 Changes in reconstruction costs by province (January 2014 to January 2015) 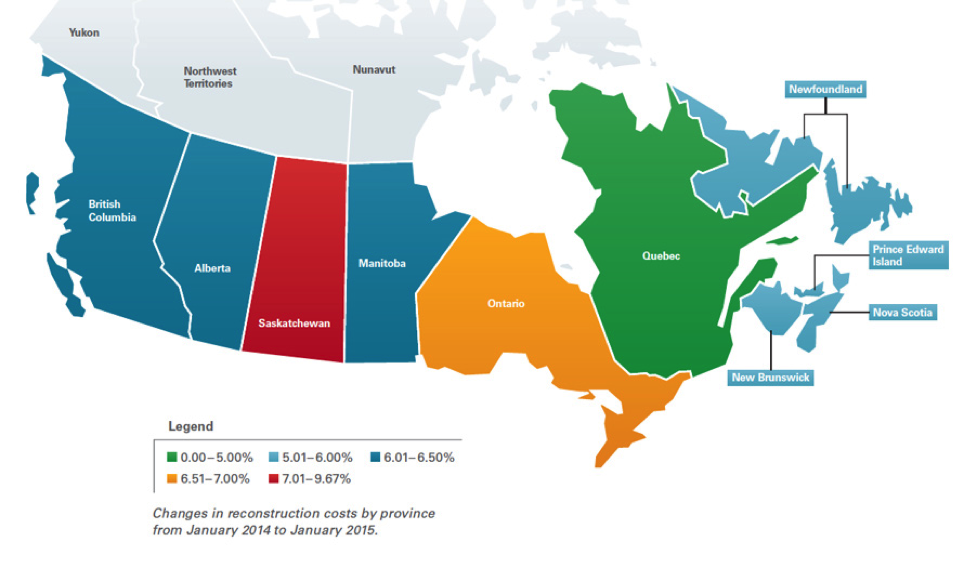