Overall reconstruction costs tracked for the 360Value® Overview of Property Reconstruction Cost Changes showed moderate increases in both the United States and Canada across all states and provinces, and continue an ongoing pattern of slow, but steadily rising growth in costs. 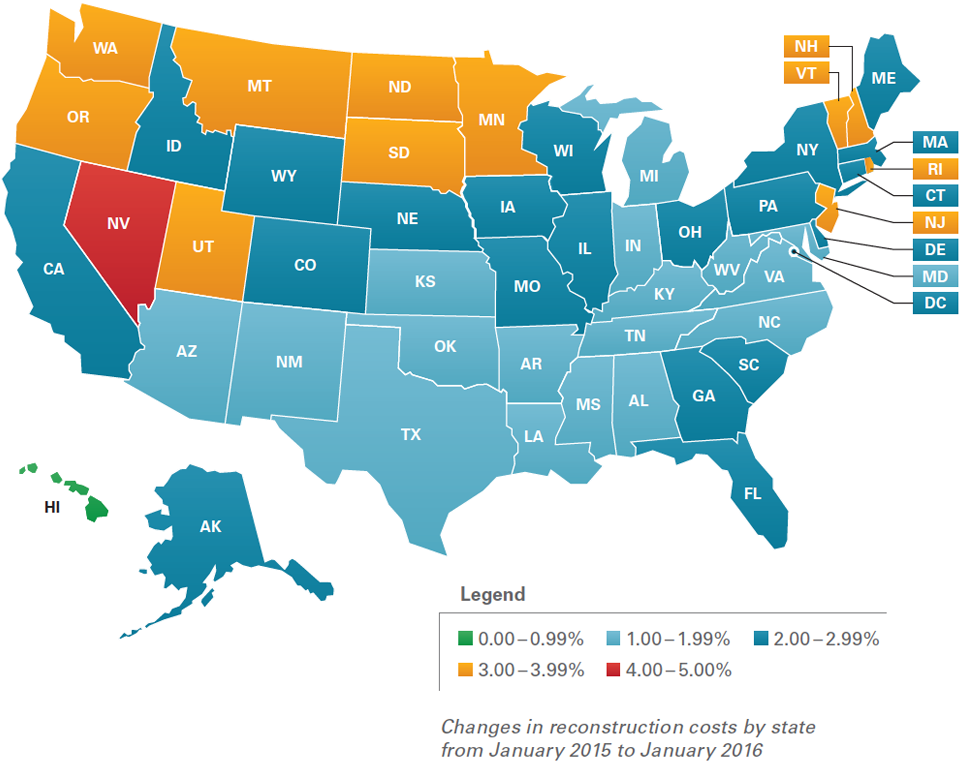 In the U.S. third quarter, 34 states plus Washington, D.C., experienced increases of less than 4 percent. This past quarter, Nevada rose above the 4 percent mark. Hawaii experienced the lowest increase, of only 0.7 percent

In Canada, all ten provinces experienced reconstruction costs increases during the last 12 months. Alberta had the period’s largest increase, at 3.5 percent. 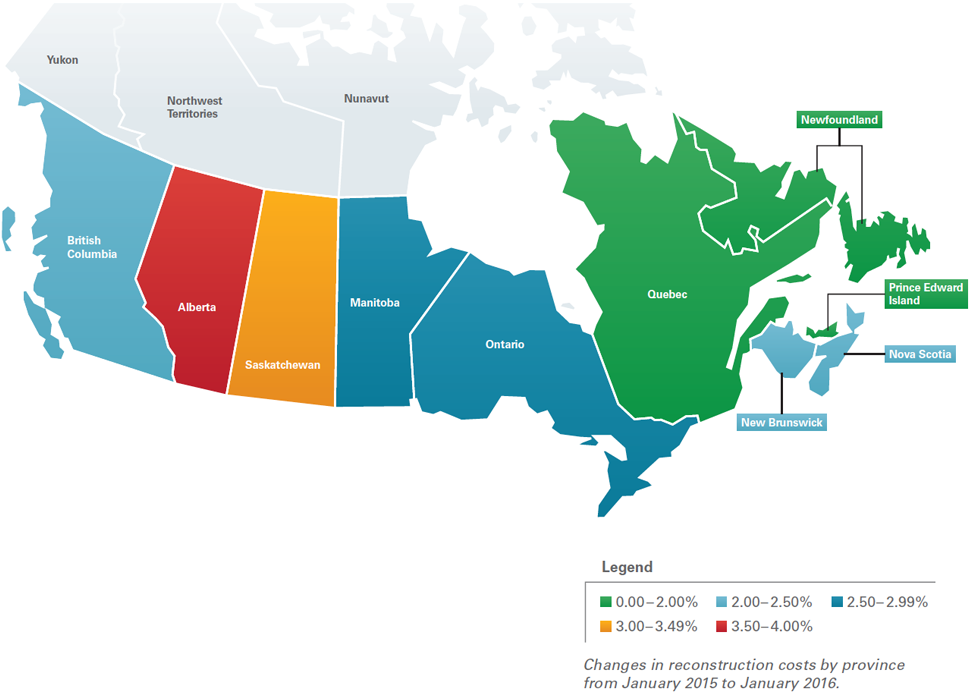 To see how all labor and material costs used for replacement cost estimation are trending in the United States and Canada, subscribe to Xactware’s Industry Trend Reports.