As October approaches, we’re entering the end of the historical hurricane peak season. Although the season is ending, insurers should still be vigilant and prepared to assist policyholders in the event of a late-season event.

While the fourth quarter tends to be less active in terms of catastrophes, over the past ten years there have been 15 PCS-designated catastrophe events in October. Two of the 15 were tropical events, Hurricane Wilma in 2005 and Superstorm Sandy in 2012. Superstorm Sandy occurred late in the month and was the most significant October event in the past decade, with $18.75 billion in insured losses. The remainder of the October events over the past ten years included nine wind and thunderstorm events, two winter storms, one wildland fire, and one workers' compensation event designation.

Within the past ten years, PCS has designated only one wildland fire event in October — the Witch Fire in California — which caused $1.3 billion in insured losses and is the largest PCS-designated wildfire of the past decade. 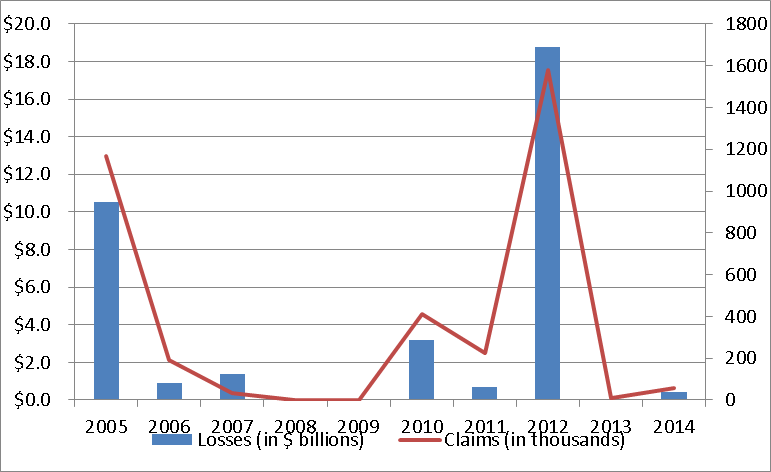