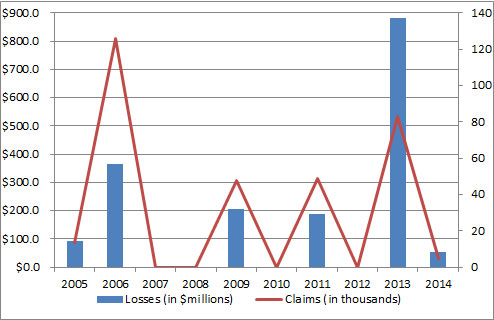 On November 30, the 2015 hurricane season comes to an end. So far this year, only one catastrophe has been designated as a tropical event, Tropical Storm Bill, which impacted Texas and Oklahoma in June and resulted in approximately $58 million in insured losses. There have been no catastrophes related to tropical events in November in the past ten years.

Twenty-two of the 33 PCS-designated events for 2015 year-to-date have been wind and thunderstorm events. Seven of the events were winter storms, two were wildland fires, one was the riot in Baltimore, and the other was Tropical Storm Bill.