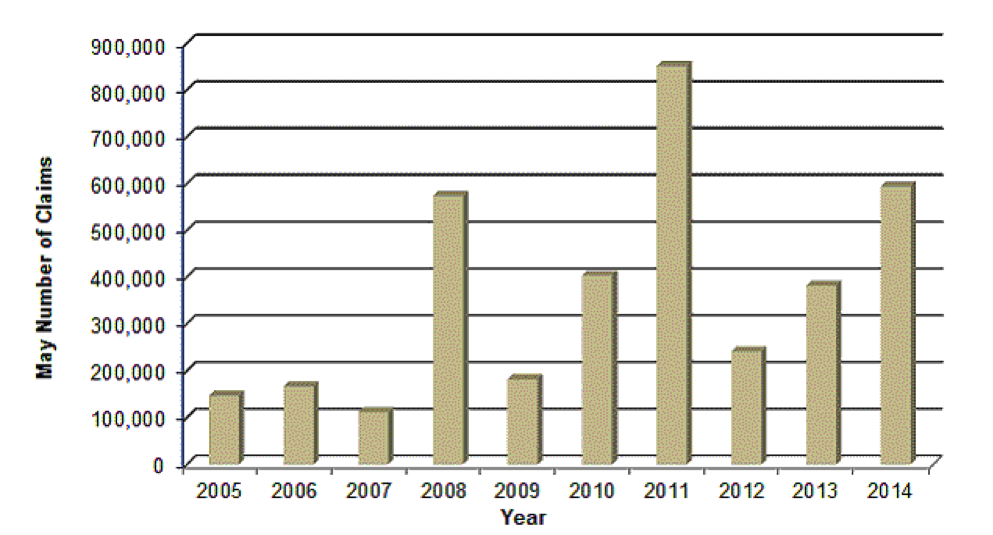 To the U.S. insurance industry, the month of May signals that hurricane season is right around the corner — with claims teams preparing for an unpredictable tropical season.

Over the past decade, there’s been significant catastrophe activity during the month of May, in which an average of four catastrophes occurred from 2005 through 2014. May 2008 still holds the record for being the most active month during this ten-year period, with six events occurring. May 2006 is in second place in this period, with five events. 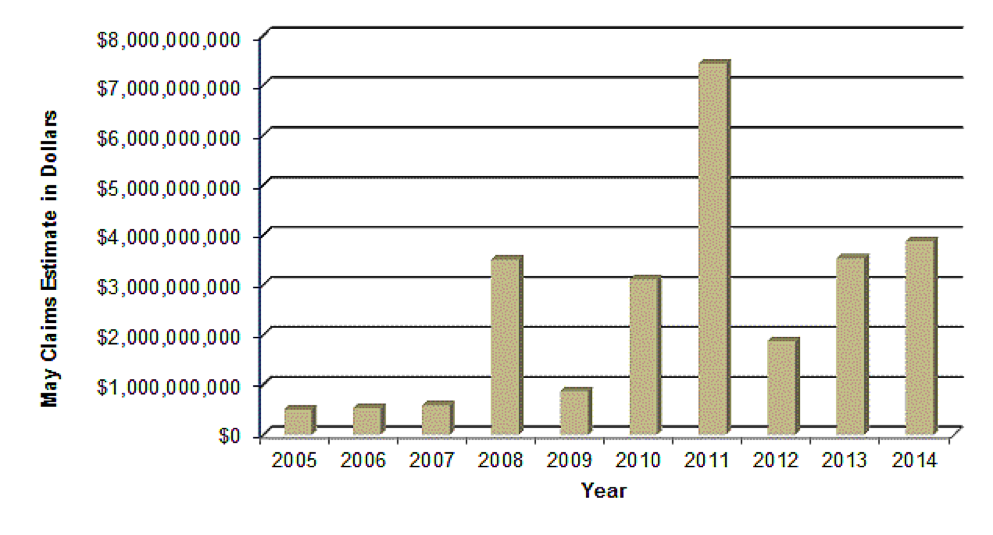