June brings hurricane season to the Atlantic basin, where the season begins officially on the first of the month and continues through the end of November. Forecasters have called for less-than-average tropical activity this season, and there have been no early hurricanes in 2017. Last year, Hurricane Alex made landfall in the Azores in January—which is quite unusual.

Last year, we saw a slightly less-than-average number of catastrophes in June. Property Claim Services® (PCS®) designated four catastrophes that month. In total, they generated only 79,000 claims and $500 million in insured losses. 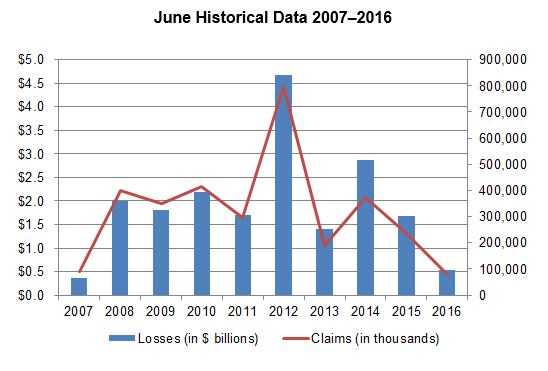