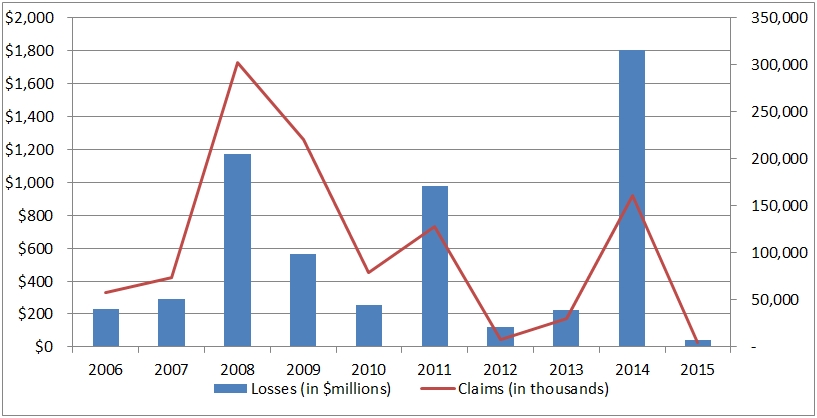 Property Claim Services® (PCS®) has designated 15 catastrophes, 11 winter storms, and four wind and thunderstorm events during the month of January since 2006, resulting in $5.7 billion in insured losses.

The largest January winter storm since 2005 was CAT 32 in 2014, which involved a polar vortex. PCS included 17 states in the catastrophe designation, resulting in an estimated $1.7 billion in insured losses.