More than 30 Percent of Claims are Misclassified: Hail Example

In a typical year, around 5 percent of homeowners file a weather-related insurance claim in the United States. One of the most common perils filed is that of hail damage. Hailstorms can occur anywhere in the United States, but are most frequent across portions of the Great Plains and Midwest. The high frequency of events can make it especially difficult for insurers to assign hail claims to the proper event date.

Analysis of industry-wide insurance claims reveals that, consistently over the last five years, more than 30 percent of hail claims have been assigned an incorrect date of loss (DOL). This issue is compounded when the hail event is further in time from the date when the claim is first reported. The result has major implications for catastrophe (Cat) to non-Cat loss ratios, with a direct effect on the potential for recoveries. 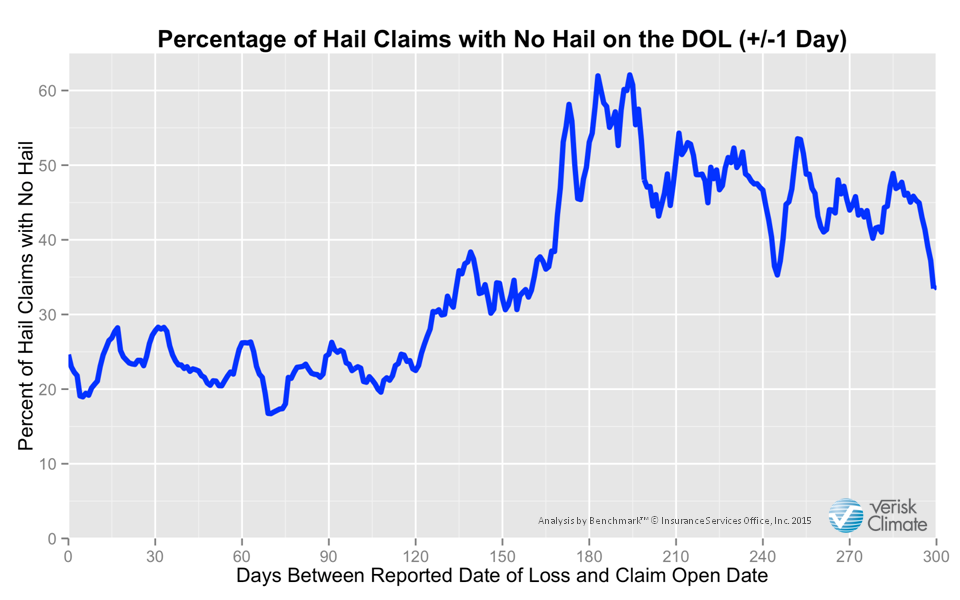 Percentage of hail claims that have no hail on their assigned date of loss (with a margin of error of one day) with respect to the lag between the reported date of loss and the claim open date. (Source: Benchmark ™)

The 2014 hail season was a below normal year in terms of hail losses but still recorded 20 PCS designated hail catastrophe events, covering 68 unique days. The Colorado Front Range Urban Corridor was especially hard hit, with six separate hail catastrophe events effecting the region. While the majority of hail losses can be traced back to the hail that occurred on one of the catastrophe dates, a significant number of claims were assigned to a non-Cat event. Verisk estimates that insurers underestimated the effects from the 2014 Cat events in Colorado by around 10 percent. In addition, analysis revealed that a few of the claims filed that year were actually the result of a hail event from two years previously, which occurred on June 6-7, 2012. 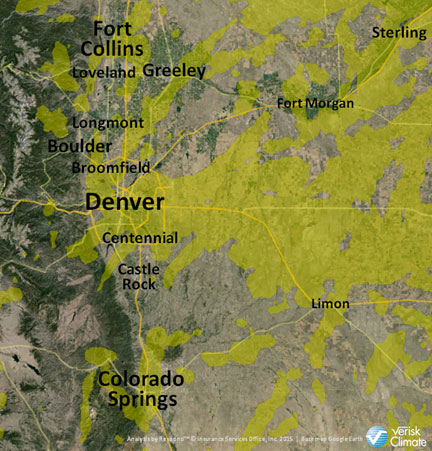 The Question of When

It’s not uncommon to find hail damage associated with storms that occurred over a year ago. Recent hailstorms across the northern suburbs of Dallas revealed a surprising number of claims that were likely attributable to 2012 Cat events. This highlights an important message for the insurance industry: a properly-assigned date of loss is just as important as the assessment of whether a roof has hail damage. In assigning hail damage, the question of when has the potential to dramatically improve your financial results. In some instances, insurers have even found that they weren’t covering a policy when the hail damage occurred.

The good news is that you can easily avoid misclassifying claims. Claims data analytics including weather peril data can quickly identify the issues and provide insurers with the necessary information to reassign these claims to the proper date of loss. This not only provides more accurate data for crucial statistics, such as Cat to non-Cat loss ratios, but ultimately has the potential to affect insurers’ bottom lines through increases in recoveries and decreases in payments for damage done before policy inception. Read more in the PCS white paper More than 30 percent of claims are misclassified.