In the new guide, you’ll see the entire process, from catastrophe designation to the final resurvey (when necessary).

Here are five key points about the process:

1. Data sources: Every PCS loss estimate consists mostly of data submissions from property/casualty insurance company claim departments . Our goal is to receive estimates from 70 percent of the carriers in every state affected by a catastrophe. In addition to that primary source data, we include third-party data, interviews with industry stakeholders, and news reports.

2. Catastrophe bulletins: In addition to the overall catastrophe loss estimate, PCS publishes claim counts and estimated insured losses by state for property, vehicle, and commercial lines. We also publish an industrywide loss adjustment expense (LAE) estimate, but we don’t include that figure in the insured loss estimates.

3. Resurveys: When the first loss estimate is greater than $250 million, PCS generally conducts a resurvey, publishing the results 60 days later. That gives us an opportunity to capture more data from carriers, especially as they gain access to affected areas and process more claims.

4. Why estimates change: During the resurvey process, catastrophe loss estimates can change, although modifications are small in most cases. When an event occurs, claim adjusters may not have immediate access to affected areas. After Superstorm Sandy, some of the hardest-hit areas were unavailable to everyone, even residents, for weeks. As adjusters are able to assess the damage and process more claims, carrier data improves. Since PCS relies on data from insurers, preliminary results in major catastrophes do tend to change over time. 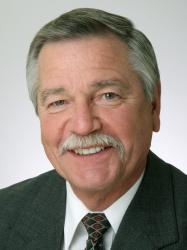