First-half catastrophe losses reached their lowest level since 2010 in the first half of 2014. Property Claim Services® (PCS®), a division of Verisk Analytics, revealed that U.S. catastrophe losses fell just shy of $10 billion, with $6.5 billion coming in the second quarter, according to preliminary survey and resurvey activity completed on June 30. Some of the events were subject to resurveys at the time PCS published its report, Continued Calm: PCS Q2 2014 Catastrophe Review, which means the estimates for the periods are subject to change. In fact, by the end of June, two recent events awaited preliminary estimates, and resurveys were pending for nine more. 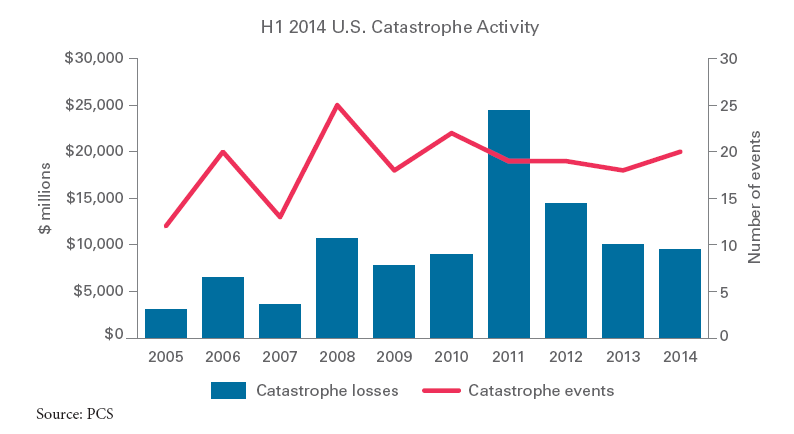 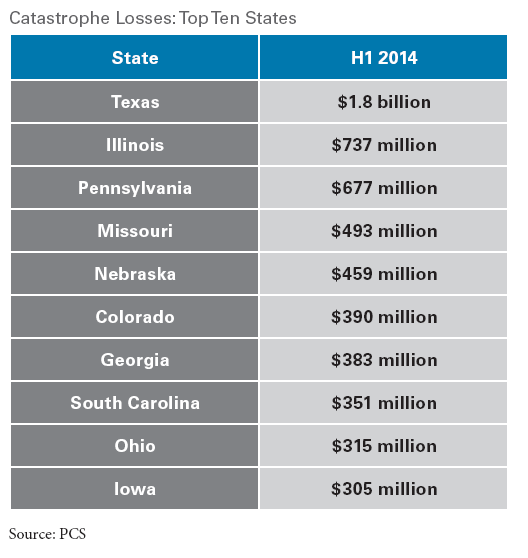 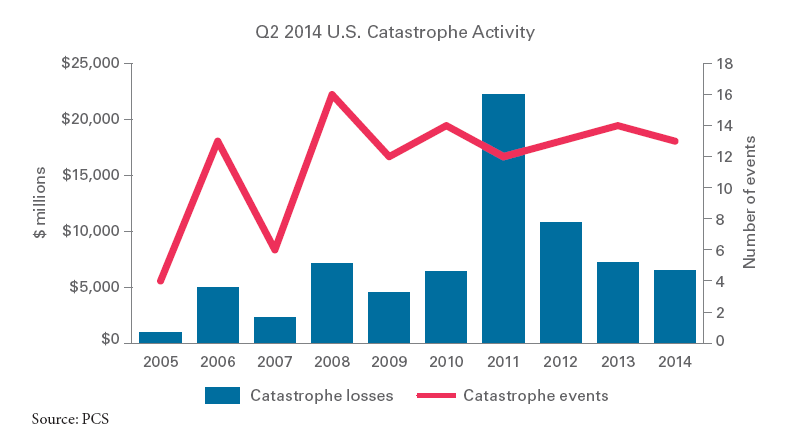 All 13 second-quarter events included the perils wind, hail, and covered flood, with nine also including tornado. The largest event of the quarter was a wind and thunderstorm event in mid-May, causing $1.5 billion in insured losses across 11 states. That event was one of only three designated by PCS this year with losses of more than $1 billion. In the first half of 2013, four events caused insured losses of above $1 billion.

For the second year in a row so far, PCS has not designated any catastrophe events with the tropical storm peril. Hurricane Arthur did make landfall in North Carolina this year.  While most forecasts for the rest of this year’s Atlantic hurricane season suggest that a major event is unlikely, both the ISO ClaimSearch® and PCS teams suggest that the claims community remain vigilant. It takes only one unexpected event to cause significant losses, impact customers, and require a rapid and disciplined response.

We strongly recommend that you submit all catastrophe claims to ISO ClaimSearch. In addition to helping you track claims activity and manage your resources, the information you supply can be crucial to future claims investigations and analysis.