“I wouldn’t want to be the adjuster on that case.”

That’s what Gary Kerney, assistant vice president of Property Claim Services® (PCS®), said after Sandy while looking at a photo of one damaged house. The roof of the house was intact, but it had completely collapsed onto the foundation. Two shingles were missing, ostensibly the result of wind damage. The rest of the damage, most likely, was from flooding. Absent flood coverage, an adjuster would write a check for a few hundred dollars (depending on the deductible) to a claimant who had just lost his or her home.

Nobody would welcome that situation.

Unfortunately, following a catastrophe, that’s exactly what adjusters face — real losses and real families coping with them. The situation also exemplifies insurance at work — companies seek to make claimants whole as quickly as possible under the terms of the contract.

The propensity of carriers to pay claims quickly following a catastrophe, some with only minimal investigation, makes it easy for impropriety to slip into the process. Insurers find themselves either unwilling or unable to take measures to stop fraudsters. Active fraud detection and investigation after a catastrophe is risky: One false positive with one unsatisfied customer can lead to a negative outcome for your reputation.

The challenge, therefore, is to pay quickly and sufficiently while still detecting and thwarting attempted insurance fraud. Beyond prioritizing investigations (for example, focusing first on a contractor with a scheme rather than on an isolated case of rate evasion), claims departments need tools to accelerate first notice of loss (FNOL) decision making. Such tools can make adjuster deployment more effective, thanks to increased claim fast-tracking thresholds and fewer false positives.

When a catastrophe strikes, adjusters encounter one seemingly impossible situation after another. And sometimes it’s smarter just to write the check. Yet with tools such as ISO ClaimSearch®  to help — from FNOL through a possible major case investigation — claims professionals can continue to focus on their customers while reducing the effect of fraud on future premiums. 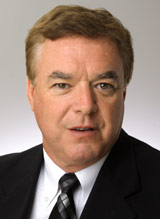 Thomas Mulvey has been in the business of insurance investigations for more than 27 years. In his current position, he serves ISO as assistant vice president of SIU and claim services. He is also the coordinator of ISO’s Insurance Fraud Management Conference.