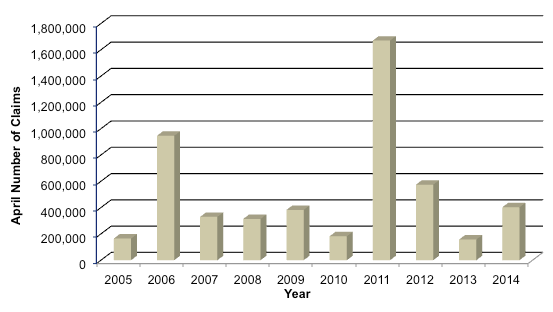 Over the past ten years, on average, approximately 236 tornadoes have occurred in April. Historically, between 1950 and 2013, April tends to have more violent tornados — EF4 and EF5 — than any other month. And last year, 220 tornado reports were recorded during the month. While April is an active month, tornado activity typically peaks in May and June.

Since 2005, PCS has designated 38 catastrophes in the month of April, an average of just fewer than four for the month each year. That totals just under $33 billion in losses for the ten-year period, averaging $3.3 billion per April.

The April 2011 tornado outbreak is ranked as the most active tornado month on record, with 758 confirmed tornadoes and an estimated 364 fatalities. That exceeded the 267 tornadoes recorded in April 1974. 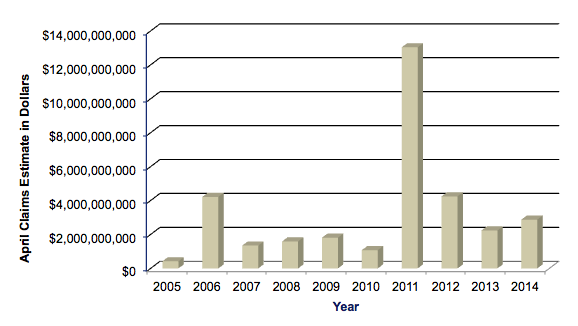