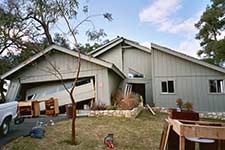 Since the end of 2012, PCS has been tracking five major trends in the catastrophe bond market. The optimism with which 2013 began has grown into a record-setting first half, with the expectation that this year may surpass 2007 as the most active in the catastrophe bond market’s history. We’ve updated some of the trends since our first quarter report. You can learn more in PCS Second-Quarter 2013 Catastrophe Bond Report: So Close.

From our 2012 annual catastrophe bond market update: In first-quarter 2012, $1.3 billion came to market, up 18 percent year over year. With the bar set even higher for 2013, it seems that a strong start would be necessary for the 2012 momentum to continue.

Second-quarter 2013 assessment: At the end of the first quarter, several large transactions were in the pipeline, including Tar Heel Re (which ultimately closed at $500 million) and Bosphorous Re 1 (closing at $400 million). Together, those two deals exceeded total first-quarter issuance. The second quarter of 2013 was more than four times larger than the first quarter, leading to a first-half issuance record.

From our 2012 annual catastrophe bond market update: While Pelican Re provides only one year of cover, Everglades Re has a two-year tenor. The California Earthquake Authority’s (CEA) two Embarcadero Re bonds have tenors of three years. Last year was the CEA’s second year in the catastrophe bond market, and it was the first for Citizens Property Insurance Corporation (CPIC) and Louisiana Citizens. Those three entities together raised more than $1.3 billion through catastrophe bonds in 2012. Whether they all plan to return to the capital markets in 2013 remains to be seen. If they do, the effect on issuance levels could be substantial.

Second-quarter 2013 assessment: As expected, Louisiana Citizens returned to the capital markets with another Pelican Re catastrophe bond. The transaction provides $140 million in protection, making it 12 percent larger than its predecessor. This follows Florida Citizens’ first-quarter Everglades Re transaction, which raised $250 million. The trend continues.

Second-quarter 2013 assessment: Investor interest in ILS remains high around the world. The increase in catastrophe bond issuance activity helps address that demand, but there is more capital eager to enter the market. Increased conversation about capital market alternatives ahead of the Florida reinsurance renewal (June 1, 2013) may have contributed to future opportunities (particularly for 2014), especially given the two Florida transactions – Armor Re and Sunshine Re – closed in May.

From our 2012 annual catastrophe bond market update: Some sponsors have shown they will return to the capital markets even when reinsurance rates are favorable. If Hurricane Sandy affects the renewal, it could influence carrier appetites for capital market capacity. At the same time, the exposure of outstanding catastrophe bonds to areas hit by the storm could influence future issuance.

Second-quarter 2013 assessment: Insurers and reinsurers have continued to evaluate the capital markets relative to traditional reinsurance, as evidenced during the Florida renewal cycle. In addition to the two new Florida transactions, Allstate returned to the catastrophe bond market for the first time since 2008. Sanders Re, a $350 million catastrophe bond, uses PCS loss estimates by state and line of business (specifically, personal property and auto) in its trigger. That approach, an alternative to using the overall loss estimate, allows sponsors to secure more targeted cover. Insurers and reinsurers can also use it in ILWs and other ILS transactions.

Second-quarter 2013 assessment: The cost of catastrophe bond capital continues to decline, with many second-quarter deals closing at the low end of (or below) initial price ranges, according to data from Artemis. PCS has maintained its commitment to the management of frictional costs throughout the process, contributing to this important development.